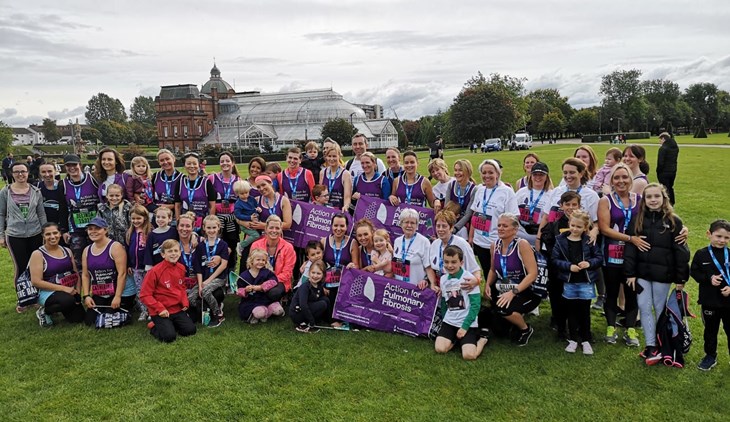 Queen Elizabeth University Hospital Dietician Anne McNeill organised for herself, two colleagues and 28 friends and family to take part in the Great Scottish Run in memory of her dad.

Anne’s dad was diagnosed with idiopathic pulmonary fibrosis (IPF) in 2017 and sadly passed away later that same year. She said: “I was inspired to fundraise for Action for Pulmonary Fibrosis (APF) and do what I could to raise awareness of IPF. The Great Scottish Run took place during Pulmonary Fibrosis Awareness Month so it seemed fitting to sign up.

“I gathered 31 of us, some of whom had never attempted a 10k before. It was great fun and between us we managed to raise a staggering £9,000 for APF.”