One of our biomedical team has been combining working in the pathology service at the QEUH campus with bidding to be crowned Miss Scotland 2017.

Paula McCormack is a finalist at this year’s competition in Glasgow and has so far raised £2400 for Beatson Cancer Charity, her nominated charity.

Paula said: “I’ve had a great time being involved in the competition. I haven’t done anything like this before and entered on a whim. I saw a post about it on Facebook and was attracted by the potential to raise awareness and money for a charity of mychoice. I’ve had a great time being one of the finalists and some people have been a bit surprised when they found out I work in biomedical science, but it was a great opportunity to raise awareness of women working in sciences and the medical profession.

“I see the competition as a way of not only raising money for the charity, but also highlighting the role biomedical scientists play in healthcare. I hope I can help encourage more girls to consider the biosciences when they’re thinking about school, further education or job options.

"Paula graduated from the University of the West of Scotland last July and started at the QEUH a couple of months later. She said: “In my first year of my university course I focused on forensics, but I prefer pathology as it makes a difference.

“A patient can be in surgery and the surgeon may want tissues to be analysed as soon as possible before closing up the patient. The one occasion that stands out the most is when an entire leg was sent over for analysis!”

Paula has done a number of fundraising activities during the competition, from having money boxes at the Arnold Clark dealership her brother works at to holding a bake sale.

She said: “I lost my Grandpa to cancer quite recently, so I wanted to raise money for the Beatson Cancer Charity. He was very fitness orientated and it was he who got me interested in fitness and eating healthily.

“I had a bake sale in the lab building recently and I hosted a charity night in East Kilbride and George Bowie played a GBX set for free.”

Donations can still be made through: www.justgiving.com/fundraisingpaulamccormack17 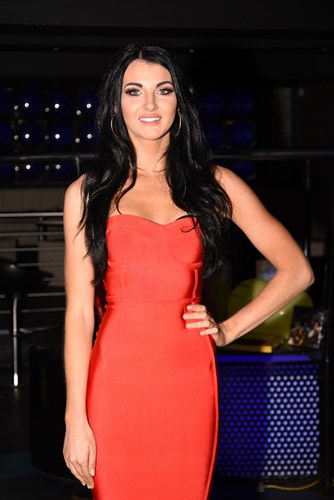