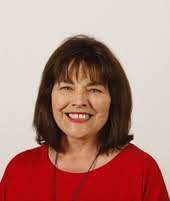 Families deserve to have confidence that the places they take their children to be cared for are as safe as they possibly can be. That means their engagement with their health Board must be open, honest, and rooted in evidence.

This is even more important in the tragic circumstances where a child’s life is lost. It is, in my view, simply cruel for the grief of a parent to be compounded by a lack of clear answers.

I want now to set out the action and steps we are taking to give parents, families and patients the answers they legitimately seek and to, step by step ensure that we are working on evidenced data, putting in place all the required infection prevention and control measures and by doing so secure the confidence of clinical teams, patients and families.

All of this immediate work is set against the backdrop of both the Independent Review I commissioned in January, and the wider statutory public inquiry I announced in September."

On 22 November we escalated NHS Greater Glasgow and Clyde to Stage 4 for infection prevention and control and engagem...

On 22 November we escalated NHS Greater Glasgow and Clyde to Stage 4 for infection prevention and control and engagement and information with patients and families.

Level 4 brings direct oversight and engagement from Scottish Government to the operation of Queen Elizabeth University Hospital and Royal Hospital for Children. We have set up an Oversight Board, reporting to the CEO of NHS Scotland and to me and chaired by Professor Fiona McQueen, our Chief Nursing Officer. The Oversight Board will:

Working to the Oversight Board we have 3 groups - on infection prevention and control led by Irene Barkby, the Executive Lead for Healthcare Associated Infections from NHS Lanarkshire; on communication and engagement, led by Professor Craig White who has been working directly with families since October following my meetings with some of the families. Family representatives are also part of this group.

The third group will consider any technical issues required.

Professor White has also now written to 400 parents of children seen by the Paediatric Haemato-Oncology Service to hear directly from them on their experience of communication and engagement with the board and this statement today, and any future statements together with updates on the progress of the Oversight Board, will be made available to them.

An essential and early part of the Oversight Board’s work is to understand the levels of infection and review all the...

An essential and early part of the Oversight Board’s work is to understand the levels of infection and review all the available information from all sources on case numbers. This work is complex, it needs to be reviewed and, of course, validated.

On 26th November Health Protection Scotland published its review of datasets for the years 2013-19. The report confirmed a higher number of certain infections in 2017, 2018 and 2019, but concluded that the current levels of infection are returning to normal. For the most recent months of October and November 2019 the level of Gram-negative bloodstream infections has been below the current average.

We also instructed NHSGGC to provide the total number of patients with positive Gram-negative blood samples within the Paediatric Haemato-Oncology unit since the Royal Hospital for Children opened in 2015. The focus has been on infections which are associated with water and the environment, particularly those associated with environmental organisms – in Wards 2A and 2B in the Royal Hospital Children, and Ward 6A in the Queen Elizabeth Hospital.

This data will be subject to an expert led case by case review to consider the decisions taken on healthcare acquired or community acquired infection designation, reporting, action taken and information shared and with whom.

Anas Sarwar previously brought to the chamber’s attention a number of locally-commissioned reports by Glasgow’s health Board. I want to thank Mr Sarwar for bringing these reports to my attention. Two of the reports were by a private company – called DMA – in 2015 and 2017. I can confirm that these were commissioned by the Board but were not provided to the Scottish Government at the time of their commencement or their completion.

The Health Protection Scotland review we commissioned into the water contamination incident in 2018 reflected the understanding of the issues and the Board produced ‘a detailed action plan addressing all points identified’.

The Board’s action plan was published in February 2019 and the actions taken include installation of a chemical dosing plant to treat the water systems and reduce the risk of possible contamination.

I expect the Oversight Board to fully consider all locally-commissioned reports as part of its work. We need to understand what has been reported and what action has been taken.

Some of this work may take some time to be completed, but I am adamant that we need to move forward with action now.

I recently met with a number of NHS Greater Glasgow and Clyde clinicians who have raised concerns. Our NHS should be celebrated and its staff work hard to care for the people of Scotland each and every day. Their service is remarkable.

I found their insights to be incredibly helpful in shaping the actions we are now taking. I want to thank them not only for making their concerns known, for persisting in following their professional responsibilities but also to thank them for accepting my invitation to continue to work with us to consider the evidence we have, the decisions taken and the steps needed to resolve the outstanding issues.

In addition, we will be writing to each of the individual families, setting out the arrangements that will be put in place to review individual cases and how families who wish to be involved in these reviews can do so.

Concern has been raised about the use of antibiotic prophylaxis and anti-fungal drugs with this patient cohort. The O...

Concern has been raised about the use of antibiotic prophylaxis and anti-fungal drugs with this patient cohort. The Oversight Board tasked one of its members – Dr Andrew Murray, the co-chair of the Managed Clinical Network for Children’s Cancer Services Scotland – to meet with a multi-disciplinary team of senior clinicians for a clinician-led review of the use of these medicines on 6 December.

The frontline team has confirmed to Dr Murray that the use of antibiotic prophylaxis is being tailored to the needs of each individual patient and that families will be fully informed on their use and why.

Ordinarily, the clinical lead on infection prevention and control matters is a Board’s medical director with the supp...

Ordinarily, the clinical lead on infection prevention and control matters is a Board’s medical director with the support of others, such as the estates department. However, as a result of considering all of these issues I have outlined today I think that we can only begin to restore trust by taking significant additional steps.

That’s why I have asked Professor Marion Bain, former Medical Director of NHS National Services Scotland, to take over the responsibility for the systems and processes for infection prevention and control within NHS Greater Glasgow and Clyde.

We will also have a senior clinician in infection control and prevention, external to NHS Scotland, who will provide an independent expert assessment of the actions we are taking.

They will also review the infection data and help to validate it. They will report to the Oversight Board and provide an external assurance that the actions that are being taken are effective and appropriate.

Action From the Board

This morning, I again met with the Board of NHS Greater Glasgow and Clyde. The Board is in no doubt how seriously thi...

This morning, I again met with the Board of NHS Greater Glasgow and Clyde. The Board is in no doubt how seriously this Government takes these issues and the safety of care, the importance of transparency and rigour in these matters, and the actions I require from them to restore and rebuild confidence.

Andrew Moore, the Head of Excellence in Care from Healthcare Improvement Scotland as well as Angela O’Neill, the Deputy Nurse Director in NHS Greater Glasgow and Clyde have been appointed to ensure the actions identified by the Oversight Board are actually fully implemented.

Lastly, members will also be aware of my decision to announce a statutory public inquiry to examine issues at the QEU...

Lastly, members will also be aware of my decision to announce a statutory public inquiry to examine issues at the QEUH and the Royal Hospital for Children and Young People in Edinburgh to ensure that all lessons are learnt to stop this happening again. I have appointed the Right Honourable Lord Brodie QC PC as Chair. Terms of reference are being set and will be shared with the families in the New Year.

Families deserve confidence in their services and deserve answers. I have outlined a significant level of interventio...

Families deserve confidence in their services and deserve answers. I have outlined a significant level of intervention within the operation of the QEUH to ensure these issues are dealt with thoroughly and quickly.

I will keep parliament updated on the progress of the Oversight Board and their findings. I know, like me, it’s the overriding concern of all members of this chamber that where our NHS falls short of the expectations we have for it that we move robustly to address them.

Ward 6A and 4B, Children’s Haemato-Oncology Unit
Know who to turn to - from minor ailments to emergencies