This award recognises the importance of staff innovation which helps and improves everyday practices in the workplace and/or approaches to patient care.

This small team developed a vision test which could reliably indicate the smallest size of object that a child coul... 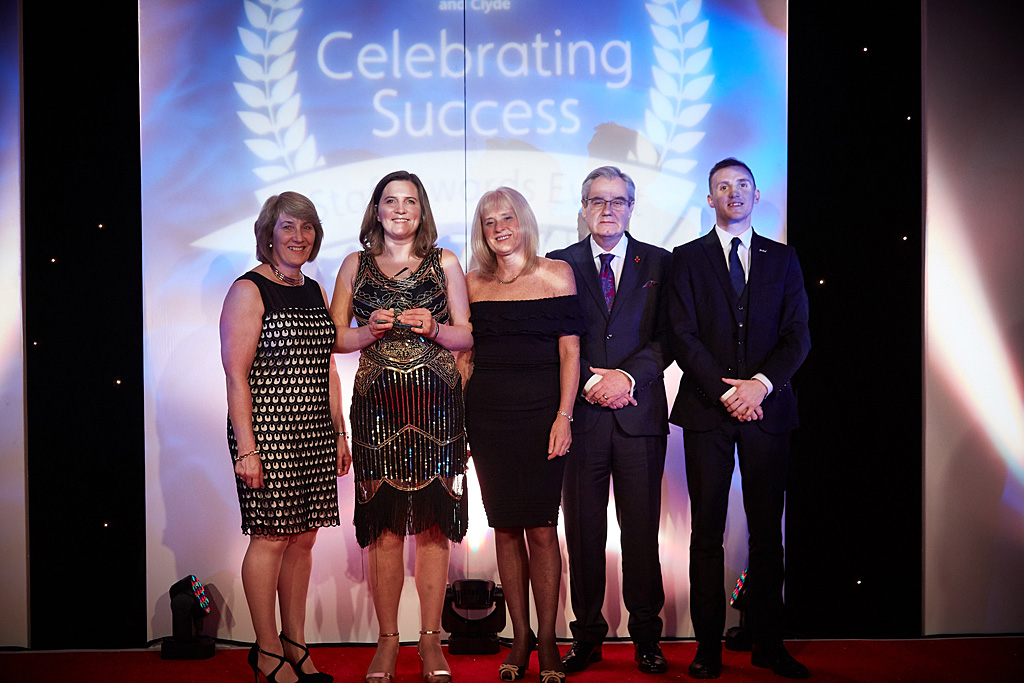 This small team developed a vision test which could reliably indicate the smallest size of object that a child could see when a traditional vision test was not able to be used.

Young babies and children with poor vision or developmental difficulties like to look at things close up but tests of vision for this age are designed to be used at 50cm to 1 metre away and results are not easily translated into layman's language.

The test developed is a simple set of cards with an exactly measured white disc on them, randomly placed, along with a set of exactly sized plastic discs which can be used on a black background.

It has been used and piloted within the joint functional vision clinics delivered by the team and has allowed recording of vision in children where previously there was no measure. It has allowed parents and specialist teachers to know what size of objects and materials to show a child in order that they can see them.

Following use within the team, use was widened to the eye clinic within RHC and orthoptists have been using it regularly reporting it to be helpful and informative for parents.

The test doesn't need special training to use, or cooperation of the child and gives the parent an understanding of what their child can see.

It has been adopted by the national MCN (VINCYP) as the test of near low vision in early development and is now used by health and specialist visual impairment education staff across the country without any challenge or question, allowing all services across Scotland to measure, record, and explain this type of low vision in the same way for the first time.

The project relied on absolute buy-in from all the key stakeholders working together to deliver a single paperless electronic weekend handover.

Previously clinical handovers were mainly shared via Word documents, hand written notes and various printed sheets. This posed a variety of issues including poor security and lack of visibility of outstanding work.

The introduction of this new electronic system has not only delivered patient safety goals but is also delivering additional benefits, including:

Following the handover, Colin Perry, consultant physician, said: “In many ways we are delighted with the functionality and how it has been working. As a consultant it has really helped target consultant reviews at the most in need – this was a big part of the original remit and is already delivering. Without it you ‘don’t know what lies ahead on a Saturday’.”

Paula is part of a project which works with people with enduring mental health problems who have disengaged with comm...

Paula is part of a project which works with people with enduring mental health problems who have disengaged with community services. Paula works with this group of people to try and get them to re-engage with therapeutic interventions in the community preventing readmission to hospital.

Paula helps give people with severe, enduring mental health problems their life back enabling them to have a reason to get up; reason to live and love their families; and gaining them acceptability in the community.

Patients needs are always Paula’s top priority. She has the ability to make a person feel comfortable within a few minutes of meeting them and has the ability to see what a person has, not what they don’t have. Paula enables patients to work on their strengths; to regain their life and become happy. She is organised, assertive and professional in her work, often working late to complete paperwork in order to spend more therapeutic time with her patients.

One patient said: “Paula helped me get my life back, I would not be living today without her help. I have been out of hospital for two years now.”