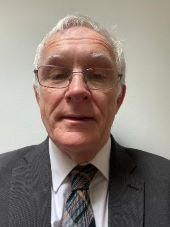 Paul Ryan qualified in medicine from Glasgow University in 1979 and after initially working in several hospital posts across the city started as a General Practitioner (GP) in a North East Glasgow medical practice in 1983. The practice, where he continues to work, is part of the Deep End Group of 100 most deprived practices in Scotland.

As a Clinical Director for the Health Board for 11 years he also performed the role of Deputy Responsible Officer for Primary Care, with a specific remit for governance and was a member of Scottish Association of Medical Directors.

He has been a past Chairman of Glasgow Local Medical Committee and served on the Scottish General Practitioners Committee.

NHS Board
Want to make a difference to the NHS in your local community?
Know who to turn to - from minor ailments to emergencies