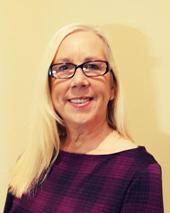 Jeanette Donnelly became a Non-Executive member of the NHS Board on 1st July 2016.

Jeanette currently works as a Wellness Coach for WW (formerly Weightwatchers). Previous to this she was involved with Sistema Scotland’s Big Noise project in Govanhill and also worked as a Development Officer in The Third Sector Health and Social Care Support Team within The Alliance Scotland, having joined that organisation as a Link Worker in the Link Worker Programme.

She started her career at Glasgow City Council where she worked for 17 years before becoming a self-employed book-keeper/administrator.  After a period of being a respite foster carer, in 2009 Jeanette became a member of the Multi-dimensional Treatment Foster Care team in Glasgow, being the first foster carer in the programme in Scotland.

She completed a BSc(Hons) Open degree at the Open University in 2013 with a particular interest in mental wellbeing. After a period as a volunteer befriender with the organisation she was employed by Glasgow Association for Mental Health as a Support Worker in the North East of Glasgow and also as a Sessional Worker with the Young Carer’s project.

Want to make a difference to the NHS in your local community?