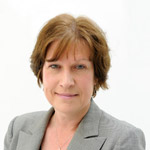 Ms Jane Grant is appointed in her capacity as Chief Executive of Greater Glasgow and Clyde NHS Board from 1st April 2017.

Ms Grant joined the NHS in 1983 as a Management Services Officer within Highland Health Board and early in her career worked in Stobhill Hospital as Deputy Administrator.In the early 1990s, she moved to Lanarkshire Health Board as Hospital Administrator within Hairmyres Hospital.  Ms Grant then undertook a variety of posts within Lanarkshire, culminating in her appointment as General Manager of Hairmyres Hospital in 1999.

Ms Grant moved back to Glasgow in 2000 to become the General Manager for Surgery in North Glasgow. She was appointed as Director of Surgery and Anaesthetics for NHS Greater Glasgow and Clyde in early 2006 and became the Board’s Chief Operating Officer in 2009. She was appointed as Chief Executive of NHS Forth Valley in October 2013.