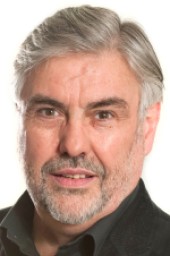 He has formerly held appointments as a non-executive board member of the Accountant in Bankruptcy, a member of Employment Tribunals Scotland, and the Justice of the Peace Advisory Committee for Glasgow & Strathkelvin.

A graduate in law from Edinburgh University, who completed a Certificate in European Employment Law at King’s College London, he has been a Senior or Visiting Lecturer in media and media law at Middlesex, Westminster, Stirling, Strathclyde and Edinburgh Napier universities.

The author of two non-fiction books and ghost-writer of five business training books, he lives in Glasgow and is married with two grown-up children.