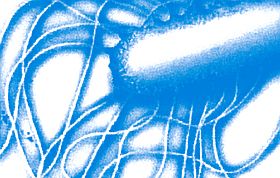 A further six cases of E coli O157 linked to events on the 17th, 18th and 19th January at the SSE Hydro have been identified taking the total number of cases to 21.

The Public Health Protection Unit of NHS Greater Glasgow and Clyde (NHSGGC) along with other health boards, Health Protection Scotland, the Food Standards Agency and Glasgow City Council Environmental Health have been working together to investigate these cases.

Investigations have indicated a link to the SSE Hydro, Glasgow and an association with the consumption of burgers for each of the identified cases.

As the incubation period for anyone who attended the Hydro between January 17th and 19th has now past it is unlikely there will be any further individuals developing symptoms. We may, however, continue to identify cases who have already been unwell. Anyone who attended the event at the Hydro during that specific weekend and has experienced, symptoms including stomach cramps, diarrhoea (often bloody), nausea and fever they should make their local GP aware.

Dr Eleanor Anderson, Consultant in Public Health Medicine, NHSGGC said: “We are pleased that all the cases are recovering at home.

“While there is no conclusive evidence our investigations have indicated that the most likely source is a link to the consumption of burgers at the SSE Hydro. Glasgow City Council Environmental Health Officers have worked closely with the vendors and will continue to liaise with them to ensure all appropriate food hygiene standards are being met.