Praise for Efforts of Staff After Flooding in RAH Maternity Theatre 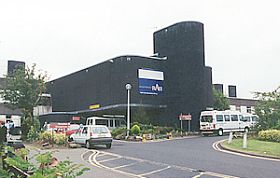 On Sunday evening the extreme weather resulted in a drainage pipe becoming blocked flooding one of the obstetric theatres at the Royal Alexandra Hospital (RAH).

Estates staff have worked overnight to clear up the flood damage and they are now working to unblock the pipe to ensure the affected theatre meets the highest clinical safety standards before becoming operational again.

Work to re-open the theatre is already at and advanced stage.

Kevin Hill, Director of Women and Children’s, said: “The response from the RAH staff to this flood was commendable. Staff acted immediately and arrangements were put in place to ensure that no expectant mums had to be diverted out of the hospital.

“Today three mums who were due to deliver their babies via planned caesarean in the flooded theatre were still able to give birth at the RAH but in a different theatre in the hospital’s main building.

“A temporary theatre has also been set up in the labour ward recovery area for emergency patients. However, work to re-open the theatre is already at and advanced stage.”