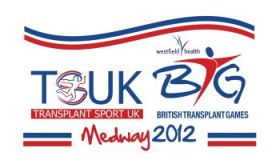 For those already missing the Olympics and not able to wait for the Paralympics to start, the British Transplant Games from 23 to 26 August may just be the answer.

A team of 11 inspirational kids from the Royal Hospital for Sick Children at Yorkhill in Glasgow (RHSC) who have all undergone a successful organ transplant are heading to the Games in Kent.

Team Manager and RHSC Clinical Nurse Specialist in Paediatric Nephrology, Diane King, said:  “This is a great opportunity to let kids and young people take part in sports and show that they are in a better state of health after their transplant.

“It also has the added benefit of making them feel more independent - they get to meet people with similar health issues and concerns as their own but also feel part of a team.

“It’s a really strong group of kids that we have representing the hospital this year.  They are a fantastic team.”

Among those taking part from Glasgow is Morgan MacInytre aged 13, who had a successful kidney transplant aged eight years ago. Morgan is heading off to the games with her twin sister Chloe and her Mum Caroline.

Caroline explained:  “The games themselves are just so inspirational, everyone there tries so hard when they are competing especially those who have just had a transplant.  Morgan loves it.
She knows everyone is in the same boat and even though she may still have some ailments, she’s out there to try her best.  She’s taking part in the 100m sprint, ball throwing and trampoline and we’re all doing the 3K!  Morgan just loves it and she gets a medal for taking part which is just like an Olympic gold to her.”

Achieving sporting greatness runs in Morgan’s family, her dad was commonwealth cycling champion Jason MacIntyre who was tragically killed four years ago, before he was due to appear at the Olympic Games in Beijing.

Caroline says both girls, Morgan and Chloe, have a healthy interest in sport.  “Between the two, I maintain we’ve got future Paralympics and Olympics covered.”

For Caroline herself, the Transplant Games, are a good opportunity to meet other mums and dads whose kids have been through the same issues as Morgan.  “It’s nice to have the time to talk and have a laugh with other parents who’ve been there,” she says.

“So often you just see each other when something is wrong or while waiting on clinics but with the games you have a whole weekend and it’s busy and it’s fun so it’s just good to relax with everyone.”

To be part of the Games team you must have undergone your transplant more than six months ago and be in good health.

The British Transplant Games are held annually all over the UK with about 600 competitors and 1000 helpers, volunteers and supporters cheering them on.

The games take place over four days and from these games, the team is selected to represent Great Britain in the World Transplant Games.

The aim of the games is to encourage transplant patients to regain fitness and to promote friendship and co-operation between individuals concerned with transplantation, whilst increasing public awareness of the value of organ donation.