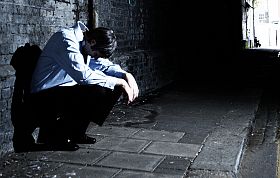 People who buy alcohol for young people are being targeted in a new off-licence campaign in the Ibrox and Cessnock areas of the city.

The campaign, which has been backed by heath secretary Nicola Sturgeon, includes information and support for off-licence staff and posters warning the public of the consequences for anyone caught buying alcohol for underage people.

Health Secretary Nicola Sturgeon, said: “It’s vital that Scotland tackles its unhealthy relationship with alcohol to prevent future generations from the harm that can be caused by excessive drinking – and our Alcohol Framework is designed to do just that.

“Alcohol misuse is taking its toll on too many people across Scotland and that is why the Scottish Government has made a record investment of £155 million since 2008 in help and support for those who are already experiencing problems, both young and old. It is encouraging to see such good work being done towards diverting young people from alcohol consumption.”

NHS Greater Glasgow and Clyde Health Improvement Officer, Lee Craig, who is organising the campaign, said: “Many people don’t realise that they could be fined up to £5,000 and could receive a three month jail sentence for buying alcoholic beverages for people under 18. The ‘No Matter What Your Reason' poster aims to raise awareness of this issue amongst the local community.

“We are also working closely with Strathclyde Police, Glasgow City Council Licensing Standards Officers, Glasgow Community Services and local off-licences to try and discourage people from this practice. We will be providing off-licence staff with information about the campaign and the law, as well training them to recognise when alcohol is being bought for underage people.”

Apart from reducing underage drinking, the campaign also aims to decrease the amount of anti-social behaviour related to youths under the influence of drink.

As a way of discouraging young people from drinking, a series of activities including football, dance and art are being planned in partnership with Rangers and Ultimate Soccer for Friday and Saturday nights in the area.

Glasgow Council on Alcohol will also be delivering a series of alcohol education workshops. The activities will be promoted locally by street workers from Youth Point and will continue for the duration of the campaign.

As further support to this initiative, Licensing Standards Officers from Glasgow City Council and Strathclyde Police have assisted in setting up an ‘Off-Sales Watch’ within the Ibrox Area.

Inspector Hugh O'Neill from Strathclyde Police said: "We are delighted to be working in partnership with NHS and Glasgow City Council in this campaign. We will be working to reduce the availability of alcohol to young people by reminding licensees of their responsibilities, conducting visits to licensed premises and cracking down on street drinking.

“We continue to keep people safe by working together with our partners to find long term solutions to the deep seated problem of alcohol within our local communities."

Glasgow City Council's Assistant Director for Land and Environmental Services, George Gillespie, said: “The council and its partners want to encourage a safe and responsible attitude towards drinking; and are committed to tackling drunkenness and alcohol-related antisocial behaviour.

"The new Off Sales Watch gives both our officers and the trade an opportunity to raise issues and concerns before they become major problems - and improve and maintain standards in the local area."

Kindy Benning who runs Cheers Off-Sales said, “Participating in the off-sales watch is a positive measure and helps license holders share info, stop trouble in the area and prevent under-agers getting drink.”

Previous campaigns have shown that by preventing access to alcohol, as well providing alternative activities at key drinking times, the number of young people reported for anti-social behaviour drops.

Lee Craig added: “Research has shown that anti-social behaviour decreases and the number of people being reported for drinking in public drops during the campaign period. Off-licence staff also report increased confidence in refusing to sell to underage people or those acting on their behalf. Working in partnership with off-sales, the police and local organisations to deliver a comprehensive prevention, enforcement and diversion campaign is the key to achieving these results.”

Images are available on request.

There are 10 Licensed Premises participating in this Scheme namely:-

A1 Off Sales 380 Paisley Road West