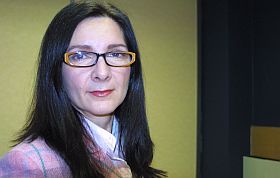 Scotland’s biggest health board has announced that it is about enter the second year of a successful bowel screening programme that is designed to reduce bowel cancer rates, the country’s third most common cancer.

NHS Greater Glasgow and Clyde reported an estimated 50 per cent uptake during the first year of the screening programme which began in April 2009. The programme targets men and women aged 50 to 74 years of age and invites them to complete a simple screening test in the privacy of their own home. People in this age group will be sent a test kit every two years.

The programme has the potential to save 140 lives each year in the Greater Glasgow and Clyde area.

“The response so far has been higher than predicted, but we are not complacent.

“The higher positivity rate indicates that our residents have a higher risk of developing bowel cancer and therefore I urge everyone who receives an invitation letter and test kit to take part in the potentially life-saving screening programme. Early detection of colorectal cancers through screening will result in more effective treatment and improves survival rates.

“Screening also detects polyps that are the precursors of cancer and removing them prevents cancer in the long term.”

Dr Crighton added: “It is essential that people use the kits and are not embarrassed or afraid to send the samples. The vast majority of results are perfectly normal. For the minority of people who do have positive results, screening will mean early detection, quicker treatment and a greater chance of a cure.”