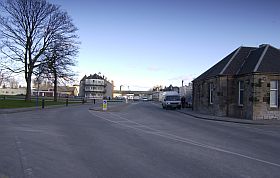 Groundbreaking research into links between traumatic brain injury and Alzheimer’s Disease is to take place at the Southern General Hospital (SGH) thanks to an American research grant.

Dr Willie Stewart, Consultant Neuropathologist, at the hospital’s Department of Neuropathology, Institute of Neurological Sciences, has received a grant of $430,000 from the American National Institutes of Health (NIH) for a five year research project into the long-term outcomes from traumatic brain injury, in particular its link to Alzheimer’s Disease (AD).

This is a coup for the service because the NIH, America’s medical research agency rarely funds research outside the US.

Dr Stewart said: “The funding has been made available because the SGH has a unique bio repository of human brain trauma tissue for research into head injury which is recognised internationally as an invaluable resource.

“People have been getting head injuries forever, yet we know very little about what happens after a head injury.

“However clinicians have recognised for sometime that there appears to be a link between sustaining a head injury and earlier onset of Alzheimer’s disease when compared to the general population.”

Alzheimer’s is a degenerative process of the brain which is progressive and irreversible.

In America researchers are monitoring populations at high risk from head injury such as armed forces personnel, boxers and American footballers.

The city is very much a world leader in head injury research eg Glasgow Coma Scale or GCS, a neurological scale which aims to give a reliable, objective way of recording the conscious state of a person for initial and subsequent assessment.

Storing surplus tissue for research studies is now recognised as vital in allowing high quality investigations to be performed and in Glasgow patients are routinely consented before surgery to agree to surplus tissue being used for research purposes.
Ends