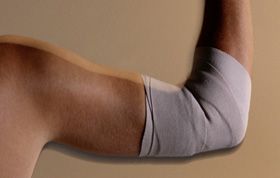 As Andy Murray leads the charge to be the first British male Wimbledon champion in 73 years, many other Scots are being inspired to dust off their rackets.

But rusty tennis skills by these enthusiastic annual two-week fans can lead to injuries such as tennis elbow and calf strains. Other common tennis injuries seen at A&E include shoulder tendonitis, lower back problems and knee and ankle strains.

Dr Patrick Grant, a Consultant in Emergency Medicine at the Western Infirmary and a keen tennis player himself, has some good advice for Wimbledon wannabees.

Dr Grant said: “Warming up is important because some injuries are caused as a result of the player not doing so. Warm up properly beforehand by light jogging and stretching arms and legs.”

“Other injuries can result from swinging the racket in such a way to cause pain in the arms and shoulders.”

“Players who don’t exercise often should also make sure that they don’t over do it. If not used to exercise then do not play for longer than about an hour especially in warmer weather.”

“Especially in the heat players should make sure that they have adequate supplies of cold drinks and wear appropriate clothing.”

The most frequent injury is ‘tennis elbow’, a typical chronic overuse injury associated with lack of forearm strength, or more specifically, strength imbalance between the wrist extensor muscles and the wrist flexor muscles.

Often this occurs because of poor technique. If ‘tennis elbow’ occurs take a break from playing to rest, the use of anti-inflammatory medication and the application of an ice-pack are effective in relieving symptoms.

Another area which can be affected from overuse or awkward technique while playing tennis is the shoulder. Shoulder tendonitis and bursitis result from frequent use of the arm in an overhead position or throwing motion, as in tennis.

Both conditions can cause pain and stiffness around the shoulder and may exist together. If these occur inflammation can be reduced through ice therapy and anti-inflammatory medication prescribed by a doctor.

Calf strains are another common problem. Calf muscles are used to pull up on the heel bone and are most active during the push-off when a tennis player has to move quickly to react to an opponent’s shot.

The muscles are strained when they are forcibly stretched beyond their limits and muscle tissue becomes torn. If a strain occurs rest should be taken and an ice-pack should be applied to effected area.

Back injuries are also common amongst tennis players as serving requires a lot of movement around the lower back which puts stress in this area and can occasionally lead to stress fractures.

Knee and ankle sprains are other frequent injuries which occur while playing tennis for many people. Sudden sideways movement can cause the ankle to twist, particularly on a slippery surface or if the player is tired. If a sprain is suffered it is important to rest, apply an ice-pack to the effected area, and wear a supportive bandage.

By taking simple precautions Dr Grant recommends that Wimbledon wannabees inspired by Andy Murray should be able to significantly reduce the chances of injury.