No Criminal Proceedings to be Taken Over Vale C-Diff Outbreak 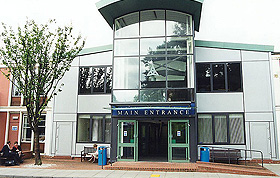 The Crown Counsel has today announced that there should be no criminal proceedings in relation to the outbreak of C-diff at the Vale of Leven Hospital between December 2007 and June 2008.

In response NHS Greater Glasgow and Clyde said: ”We have co-operated fully with Strathclyde Police during their inquiry into the C-diff outbreak at the Vale of Leven Hospital.

The police inquiry followed the internal NHS review of the outbreak and the subsequent Independent Review led by Professor Cairns Smith and a Health and Safety Executive inquiry.

“This has been a testing time for many staff and we are pleased that the conclusion of the police enquiry and today’s announcement from the Crown Office draws a line under the issue of criminality.

“We will now prepare to cooperate fully with the previously announced Public Inquiry.”