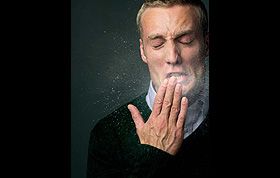 A three year old child from Greenock has been diagnosed as another ‘probable’ case of Influenza A (H1N1).

As a precaution the nursery will close with immediate effect for seven days. 80 children between the ages of two and five who attend the nursery are being offered Tamiflu.

Dr Linda de Caestecker, NHS Greater Glasgow and Clyde’s Director of Public Health, said: “The closure of the Ladybird nursery is purely a precautionary measure to reduce the already low risk of cross infection. We believe taking very early intervention measures, such as this closure, is the best way to contain any potential spread of the virus.”

“Public Health specialists from NHS Greater Glasgow and Clyde are currently at the nursery this morning distributing Tamiflu and offering information and advice to parents, guardians or carers.

“20 children under the age of two years old who attend the nursery have not had contact with the three year old probable case. It is therefore not necessary to offer Tamiflu to the under two’s but all their parents or carers will be given appropriate reassurance and advice.”

Staff at the nursery who may have had prolonged contact with the three year old are also being offered Tamiflu as a precaution.

Last night (12 May 2009) Public Health specialists advised that Ravenscraig Primary School in Greenock be closed for seven days and 24 Primary One pupils at the school be offered Tamiflu following tests that indicate one pupil is a probable case of Influenza A H1N1.

The P1 class has 24 pupils including the “probable” case whose mother is also being treated as a probable case of the same flu virus. All parents of the other 23 P1 pupils were contacted last night and they have all been given Tamiflu medication for their children.

The pupil also attends “Enterprise” after-school care club in Greenock along with 18 other primary pupils who have also been advised to stay off school for seven days.

The P1 teacher and the three staff who look after the pupils at Enterprise after-care club have also be offered Tamiflu as they may have had prolonged contact with the pupil who is a probable case.

The pupils from P2 upwards from the Ravenscraig Primary School do not require Tamiflu treatment and have been asked to stay at home purely as precaution to reduce further the minimal risk of cross infection.

Dr Linda de Caestecker said that that there is no requirement for Tamiflu treatment to be given to the families of the pupils at Ravenscraig Primary or the Ladybird Nursery whose children are being treated with anitvirals at this stage.

We would advise anyone who has flu-like symptoms and has recently returned from anywhere in Mexico or the affected areas of the United States, or has symptoms and has been in close contact with someone else with symptoms who has just returned from one of these areas, to stay at home and contact their GP or NHS 24 (0845 4 24 24 24) for further advice. The national Flu helpline (0800 1 513 513) also offers information and infection control guidance.

As with any virus infection, good hygiene is the most effective way of preventing the spread of Infection. Frequent handwashing, keeping surfaces clean, and covering your nose and mouth when coughing or sneezing, are fundamental steps we can all take to prevent any infection spreading.