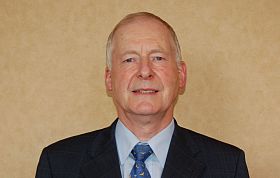 A former leading Scottish builder has been appointed to sit on Scotland’s biggest health board.

Mr Kenneth Winter (63), who retired three years ago as Managing Director of Balfour Beatty Construction, will bring decades of experience in the building industry to his non-executive post with NHS Greater Glasgow and Clyde.

And his appointment comes at a time when NHSGGC has embarked on the biggest hospital construction programme in Europe.

Two new £100 million hospitals – the New Victoria and Stobhill - are due to open within the next few weeks and plans are also in hand to build the single largest hospital campus in Europe on the Southern General site by 2014.

Mr Winter said: “When I retired I wanted to do something where I could put my skills to good use, something building related, so I am very pleased to be appointed.

“It fits in perfectly with what I wanted to do on retirement. I can bring experience of the building trade and a number of major design and build hospital projects I have been involved throughout the UK.”

Health is now a real family affair for the Winters, oldest daughter Alison is a breast surgeon at the Royal Alexandra Hospital, her husband is a surgeon at the Southern General, and younger daughter Marion is a nurse working at Falkirk Royal Infirmary.

“When the position was advertised we were hoping to recruitment someone who could advise us about the governance of the major building programme we are undertaking.

“We are very fortunate to have brought on board someone of Mr Winter’s experience and calibre and I am looking forward to working with him.”
Ends

This Ministerial appointment was made in accordance with Commissioner for Public Appointments in Scotland (OCPAS) Code of Practice.

All appointments are made on merit and political activity plays no part in the selection process. However, in accordance with the original Nolan recommendations, there is a requirement for appointees’ political activity (if any declared) to be made public. Within the last five years, Mr Winter has not been involved in any political activity.