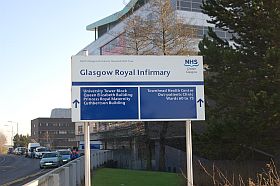 A vaccine to prevent children developing diabetes could be created thanks to new research, scientists said today.

A study carried out by a Glasgow-based pathologist reveals a link between a family of viruses in the pancreas and type 1 diabetes.

The work and collecting of samples, carried out over 25 years, could potentially lead to a vaccine being developed to stop children developing the condition.

Dr Alan Foulis, a pathologist at Glasgow Royal Infirmary, led the study which examined a possible a link between enteroviral infections in the pancreas and type 1 diabetes.

It had long been thought that viruses played a role in causing diabetes by killing islet cells or beta cells in the pancreas which makes the insulin the body needs.

Scientists in Glasgow tested the pancreas of 72 young patients who had died of Type 1 diabetes pver the past 25 years.

The research findings show that in 60% of cases the children's organs contained evidence of infection by enteroviruses in the islet cells.

By contrast, infected cells were hardly ever seen in tissues from 50 children who had not been diabetic.

This suggests the infection in children genetically predisposed to diabetes may initiate a process whereby the body's immune system thinks beta cells are "foreign" and so rejects them.

A further extension of the study to adults with type 2 diabetes showed that a large proportion (40%) also had enteroviral infection in their beta cells.

However, a link has not been totally established and this does not mean that lifestyle and obesity do not contribute towards the disease.

Dr Foulis said: "There was already a suggestion that a virual infection might initiate the process of the destruction of the beta cells and I was able to assemble between 70 and 100 cases.

"The most significant finding I found early on was that the cells that make insulin, the beta cells, also in this disease made a substance called Interferon.  This is made by cells when they are infected by a virus.

“And so 60% of children with type 1 diabetes at presentation appear to have the virus in their beta cells and in other children who don't have diabetes it is very uncommon to find that.

“In adults, some normal adults have evidence of this virus so it probably shows it has something the effect the virus has on a part individual.

“When we looks at type 2 diabetes, we found evidence of the virus in about 40% of them. I'm not trying to say that it is not linked to obesity but it is there.

“There is nothing I am doing that could cure diabetes, but the work I am doing is to try and prevent the process starting at all.

“With 250,000 sufferers, the idea of a vaccine and being able to prevent this disease would be my life's work in research.''

Scientists will now try to establish which enterovirus are involved in the process as there are more than 100 different strains.

The research was carried out by scientists from the Peninsula Medical School in South West England, the University of Brighton and Glasgow Royal Infirmary.

A paper on the study is published today in the journal Diabetologia.
ENDS