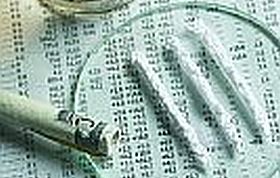 The report highlights the importance of partnership working, an approach which Glasgow has pioneered through the development of the Glasgow Addiction Service (GAS). This joint partnership was set up five years ago by NHS Greater Glasgow and Clyde and Glasgow City Council to deliver joint alcohol and drug treatment and care services.

Neil Hunter, General Manager of the GAS, said: “Working in partnership to tackle the scourge of alcohol and drug misuse is vital and the importance of multi-agency working is a key theme in the Audit Scotland report. The report also highlights the importance of joint management structures, single lines of accountability and a strong focus on the performance of services which is exactly what we deliver. By pooling our resources we are already beginning to make some major inroads in tackling city-wide alcohol and drug problems through the creation of targeted new services.”

Since the GAS was set up an enormous range of services have been developed from community based rehabilitation services, to employability and housing support through to in-patient/day hospital provision.

The number of people able to access treatment and care services has more than doubled from some 6,000 in 2003/4 to more than 12,000 during 2007/8. This has been achieved through the creation of nine Community Addiction Teams (CATs) which specialise in both alcohol and drug addiction. Over the next three years an extra £3.5 million is being invested in alcohol and drug services.

A further £1.2 million has been invested jointly with the Glasgow Homelessness Partnership to create a network of Community Alcohol Support Services to support homeless people with alcohol problems maintain independence and remain out of homeless services.

There’s also a plan to expand the highly specialised inpatient services for patients with drug and alcohol problems. A new purpose built 23-bedded addictions unit is planned for 2011, as a sister unit for Eriskay House, which opened on the Stobhill site in 2004.

“The impact of alcohol and drug misuse has enormous consequences for the individuals themselves, their families and the local community.

“We and our partners have led the way in developing integrated services that offer support to those affected by alcohol and drug misuse - including the many children affected by parental addiction.”