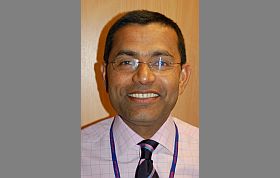 Tests from a fourth patient have now confirmed the presence of Anthrax. Two of these four known confirmed cases have now died.

A further heroin drug injector has died but tests to determine the presence of Anthrax have yet to be completed.

The two surviving confirmed Anthrax-linked patients are responding well to treatment – one at Glasgow’s Victoria Infirmary and one at Monklands District General Hospital in Lanarkshire.

NHS Greater Glasgow and Clyde’s Public Health Protection Unit are continuing to work closely NHS Lanarkshire, the Procurator Fiscal’s Office and Strathclyde Police to identify the source of the Anthrax.

One avenue which is still being investigated by Public Health and Strathclyde Police is that contaminated heroin or a contaminated cutting agent mixed with the heroin may be responsible for the infections.

Dr Syed Ahmed, Consultant in Public Health Medicine, said: “There have been no new drug injecting heroin users with infections admitted to hospitals in the west of Scotland since the weekend

“I urge all drug injecting heroin users to be extremely alert and to seek urgent medical advice if they experienced an infection.

“Drug injecting is extremely risky and dangerous. The possible presence of a batch of heroin contaminated with Anthrax makes drug injecting even riskier and even more dangerous.

“While this section of the community need to be on their guard the risk to the rest of the population - including close family members of the infected cases - is negligible. It is extremely rare for anthrax to be spread from person to person and there is no significant risk of airborne transmission from one person to another.

As part of ongoing inquiries any drug injecting heroin users who presents with serious soft tissue infections now or during the last four weeks is being investigated.

Confirmation of updated figures – Two confirmed Anthrax patients have died. One at the Victoria Infirmary in Glasgow and one at Glasgow Royal Infirmary. A further possible Anthrax-linked patient has died - at Glasgow Royal Infirmary. Two other confirmed patients continue to respond well to treatment – one at the Victoria Infirmary and one at Monklands District General Hospital.

Questions and Answers
Q1. What is anthrax?
A1. Anthrax is a bacterial infection caused by the organism Bacillus anthracis. The disease occurs most often in wild and domestic animals in Asia, Africa and parts of Europe; humans are rarely infected. The organism can exist as spores that allow survival in the environment, e.g. in soil, for many years.
Q2. How does anthrax affect humans?
A2. There are three forms of human disease depending on how infection is acquired: cutaneous (skin), inhalation and ingestion. In over 95% of cases the infection is cutaneous, generally caught by direct contact with the skins or tissues of infected animals. Inhalation anthrax is rare and is caught by breathing in anthrax spores. Intestinal anthrax is very rare, and occurs from ingestion of contaminated meat.
Q3. How common is anthrax?
A3. The disease was also known as ‘wool-sorters disease’ and was a recognised occupational hazard for some workers, including woollen mill workers, abattoir workers, tanners, and those who process hides, hair, bone and bone products. However, anthrax is now uncommon in humans in the UK, only a handful of cutaneous cases have been notified over the last decade. Until 2008 there had been no cases of pulmonary anthrax since 1975 and that case was related to unsterilized bonemeal. However, in October 2008 a case of inhalation anthrax occurred in a man who used animal hides to make drums. Human infections are more frequent in countries where the disease is common in animals, including countries in South and Central America, southern and eastern Europe, Asia and Africa.
Q4: Are animal hides a risk for contracting anthrax?
A4: Anthrax infections associated with the handling of untanned animal hides are extremely rare.
In countries where anthrax is endemic (for example in Africa and Asia), hides may occasionally be contaminated. Anthrax is a very rare disease amongst livestock in the UK; no produce is allowed from any animal known to have died of anthrax. The risk of anthrax from locally produced hides is therefore be considered to be very very low.
Importations of animal hides are required to undergo a veterinary inspection and must be accompanied by the relevant health certification. However these import requirements are not aimed at detecting the presence of anthrax. Although the risk is extremely low, personal imports of untreated hides may pose a risk for infection. A case of inhalation anthrax occurred in 2006 in America in a man who made drums from dried (but otherwise untreated) animal hides brought in from Africa. A case in Scotland occurred the same year, followed by a case in London in 2008. Cases of cutaneous anthrax have also followed similar exposures.

Q5. How long can you have the infection before developing symptoms?
A5. This is dependent on the dose and route of exposure and may vary from one day to eight weeks. However, symptoms usually develop within 48 hours with inhalation anthrax and 1-7 days with cutaneous anthrax.
Q6. What are the symptoms?
A6. Early identification of anthrax can be difficult as the initial symptoms are similar to other illnesses.
Cutaneous anthrax - Local skin involvement after direct contact.
· Commonly seen on hands, forearms, head and neck. The lesion is usually single
· 1-7 days after exposure a raised, itchy, inflamed pimple appears followed by a papule that turns vesicular (into a blister). Extensive oedema or swelling accompanies the lesion – the swelling tends to be much greater than would normally be expected for the size of the lesion and this is usually PAINLESS
· The blister then ulcerates and then 2-6 days later the classical black eschar develops
· If left untreated the infection can spread to cause blood poisoning
Inhalation anthrax - symptoms begin with a flu-like illness (fever, headache, muscle aches and non-productive cough) followed by severe respiratory difficulties and shock 2-6 days later. Untreated disease is usually fatal, and treatment must be given as soon as possible to reduce mortality.
Intestinal anthrax is contracted by the ingestion of contaminated carcasses and results in severe disease which can be fatal. This is found in some parts of the world where the value of an animal dying unexpectedly outweighs any fears of contracting the disease.
Q7. Can anthrax be treated?
A7. Cutaneous anthrax can be readily treated and cured with antibiotics. Mortality is often high with inhalation and gastrointestinal anthrax, since successful treatment depends on early recognition of the disease.
Q8. Is a person with anthrax a risk to others?
A8. Anthrax is not known to be spread from person-to-person. Airborne transmission from one person to another does not occur; there have been one or two reports of spread from skin anthrax but this is very, very rare.
Q9. How do drug users become infected with anthrax?
A9. Heroin or the cutting agent mixed with heroin may become contaminated with anthrax spores from the environment. This could be a source of infection if injected.
For further information contact 0141 201 4429.