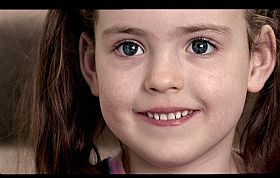 The Board received a detailed paper setting out the challenge of meeting the needs of vulnerable children and their families. The paper described:-

- the scale of the problems caused by poverty, alcohol and drug misuse and how many children’s lives are blighted during their early years of development

- the importance of early intervention, from as close to birth as possible and the evidence base that interventions such a parenting skills and family support make a real difference

- Board members spoke on the importance of tackling these challenges, to the responsibilities of the NHS and commented on their own experience of these issues and the challenge of taking an approach which would be effective in the long term but required leadership and financial commitment.

It was agreed that the NHS needed to tackle the problems the paper highlighted in partnership with Local Authorities.

The Board fully endorsed the paper and agreed that non-executives and directors involved in community planning, CHCPs and CHPs should promote discussion of the paper.

The Board would require reporting back from these areas on how they could address the issues and objectives raised in the paper.

Following much discussion and consideration, the Board agreed this was amongst one of the most important papers to come before it and offered its full support agreeing that the paper should be presented widely to CHCPs/CHPs; local councils and National Government.