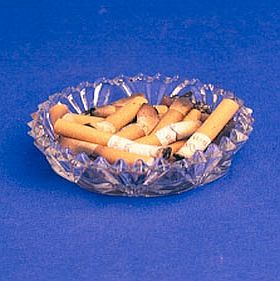 It’s a traditional New Year resolution for many, and now a leading West of Scotland lung cancer consultant is warning young people that if they don’t stop smoking health problems will appear sooner rather than later.

Dr David Dunlop, a Consultant Medical Oncologist at the Beatson West of Scotland Cancer Centre, says that he is regularly seeing patients in their early thirties with lung cancer and other serious smoking related diseases, and some even younger.

Dr Dunlop said: “The average age for women who develop lung cancer is coming down, and by 2015 this is expected to be 55 years. This is because people are starting to smoke at a younger age and are also being exposed to passive smoking.”

These young patients are also presenting for treatment when their cancer is at an advanced stage because it is still considered unusual for people of their age to develop the disease, and the sinister signs of cancer are being masked by other symptoms of smoking related chest complaints.

The age of patients is also dropping for other cancers, such as mouth cancer and bladder cancer, and also non-malignant conditions linked to smoking like respiratory problems and strokes.

Dr Dunlop went on: “Mothers-to-be who smoke, expose their unborn child to passive smoking and that exposure continues through childhood. That child then is likely to begin smoking from early teens, then will have been smoking for nearly all of their lives.

“Traditionally people didn’t really start smoking until they started work or even joined the army, now people are effectively starting to smoke from the time they are in the womb.”

Young smokers are already being targeted by national prevention campaigns and new measures being considered for this year include further restrictions around displaying cigarettes and tobacco products at points of sale, and banning the sale of cigarettes in packs of 10 and from vending machines.

Smoking in public places was banned in March 2006, and there is already a positive impact on health:

“Since the ban there has already been a significant reduction in sudden deaths, and admissions to coronary care units and accident and emergency departments, “ said Dr Dunlop.

“As soon as someone stops smoking the risk of cancer begins to fall back to normal.”

According to the latest figures from NHS Health Scotland’s “Young Adult Smokers in Scotland” report published last month, 166,000 or 28 per cent of 16-24 year olds smoked regularly in 2006.

The Scottish Government has set a target to reduce this rate to 22.9per cent by 2012.

For more information about how to quit smoking either telephone the free helpline on 0800 84 84 84 or visit the NHS Greater Glasgow and Clyde website at www.nhsggc.org.uk/smokefreeservices.
Ends