An international speaker took the stand at a conference today to stimulate the debate to further the introduction of Reduced Ignition Propensity (RIP) cigarettes in Scotland. The debate aims to support measures to reduce dwelling fires and save lives.
Dr Jeff Wigand, portrayed by Russell Crowe in the highly acclaimed film ‘The Insider’, was one of the speakers today’s conference organised by NHS Greater Glasgow and Clyde, Glasgow City Council and Strathclyde Fire and Rescue.
Dr Wigand, Smoke Free Kids USA, presented an international perspective providing a review of the impact that a public smoking ban and the introduction of Reduced Ignition Propensity (RIP) cigarettes has had within America and latterly Canada.
The conference was chaired by Councillor Jim Coleman and included presentations from Neil Turnbull, Strathclyde Fire and Rescue and Florence Bertelleti Kemp, Advocacy Officer, Smoke Free Partnership.
The aims of the conference was to develop actions supporting a reduction in tobacco usage, influence the debate concerning the National and UK Tobacco Control strategy, influence local and national housing providers in realising the benefit of installing domestic sprinkler systems for vulnerable people, and call for the introduction of safer cigarettes.
Every year in Scotland the main source of domestic fires is discarded cigarettes and matches. The conference will discuss what measure can be taken to reduce the number of domestic fires including RIP cigarettes and the introduction of domestic spinklers to vulnerable households.
David Radford, Senior Health Promotion Officer for NHS Greater Glasgow and Clyde hopes the conference will manage to influence some changes in regard to tobacco control both locally and nationally.
He said: “This conference offers an opportunity to add to the current smoking strategy by bringing together different statutory agencies with an interest in furthering public health.”
The Fire Service are keen to encourage local housing providers to look at the benefit of installing domestic sprinkler systems for vulnerable groups of people.
Assistant Chief Officer Neil Turnbull of Strathclyde Fire & Rescue said: “Cigarettes don’t only kill by giving people cancer. In Strathclyde alone during 2005-2006, there were over 3000 fires in homes, with the majority of them involving cigarettes and other smoking materials. These fires resulted in 26 people losing their lives as well as many more being injured.
“Strathclyde Fire & Rescue strongly supports the campaign for the introduction of RIP cigarettes and urges housing authorities and housebuilders to install sprinkler systems in all new homes.”
Councillor Jim Coleman, Glasgow City Council added his support to the issues raised at the conference.
He said: “We are fully committed to helping people protect themselves in their own homes. Any death from fire is a tragedy as so many could have been avoided if proper precautions were taken. It is vitally important we get the message across that life saving equipment such as smoke alarms are freely available on demand."
ENDS
Notes to Editors
During 2004 in the UK there were 375 deaths in dwellings. The main cause was careless handling of fire or hot substances (e.g. careless disposal of cigarettes).
For fatal casualties in accidental dwelling fires (Scotland), the main source of ignition, where specified, is smokers’ materials and matches (44%) following by cooking appliances (26%), mainly involving chip pan fires, and space heaters or candles (6%).
In Scotland there were 76 fatal casualties in dwelling fires during 2004, this represented a rate of 10 fatal casualties per 1,000 (a total of 7, 420 dwelling fires). This rate is somewhat higher than the rate in the other countries of the UK.
In the Strathclyde area there were 38 fatal casualties from dwelling fires, 50% of the national total.
For further information contact 0141 201 4429.
Search news
Latest news
News Archives 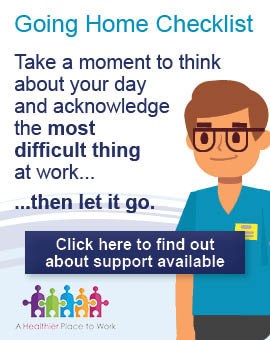