A report into an outbreak of cryptosporidiosis linked to an East Renfrewshire swimming pool in 2003 has been published detailing recommendations which could be taken on board by swimming pools across the UK.
The cryptosporidiosis outbreak affected people who had used the Eastwood Pool in the autumn of 2003, resulting in a number of people falling ill.
Dr Helene Irvine, Consultant in Public Health Medicine, led the investigation and is author of the report.
She said: “The publication of this report has been the result of a long and detailed investigation. It has taken a number of years to produce due to the complex nature of the investigation and the number of agencies involved in pulling the report together but we are satisfied that this report is a comprehensive account of the circumstances surrounding the outbreak.
“The recommendations in this report address the issues that caused the outbreak in the first instance and offers guidance that can be implemented by other swimming pools across the UK.”
Between September and October 2003, 50 suspected cases of cryptosporidiosis linked to the Eastwood Pool were reported to the Public Health Protection Unit.
East Renfrewshire Council, who owns and manages the pool, closed the pool following the rise in the number of cases of cryptosporidium and an Outbreak Control Team (OCT), led by, the then, Greater Glasgow NHS Board, was convened to investigate the cause of the infection. East Renfrewshire Council addressed the actions required immediately at the time of the outbreak and the pool was reopened.
Councillor Mary Montague, East Renfrewshire Council’s community services convener said: “We closed the pool immediately a problem was identified and we have implemented all the recommendations made by the health board.
“We have learned lessons from the issue and have worked with the health board, plant and water treatment experts to implement those lessons.
“Eastwood Pool has re-opened after extensive renovation and swimmers can enjoy it with confidence.”
The original source of the Cryptosporidium contamination remains speculative but may have been a family who had recently returned from a holiday abroad. However, ongoing contamination could have been prevented if the pool had had a better treatment plant and maintenance.
ENDS
Notes to Editors
The report has 15 detailed recommendations on Prevention; Surveillance and Case Investigation; Risk Management and Outbreak Control; Swimming Pool-related Outbreak Investigation; and Risk Communication.
The full report and recommendations is available at http://library.nhsggc.org.uk/mediaAssets/library/nhsggc_eastwood_pool_report_2007-12-10.pdf
For further information contact 0141 201 4429.
Search news
Latest news
News Archives 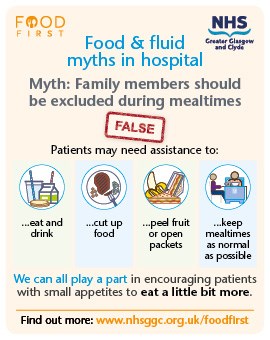