Sir Michael Woodruff and a team of Scottish clinicians perform the UK’s first kidney transplant in Edinburgh’s Royal Infirmary on October 30. Sir Michael had been waiting for the right patient for some time hoping to find a patient with an identical twin to act as the donor as this would significantly reduce the risk of infection.
That patient was eventually found – he was a 49-year-old man suffering from severely impaired kidney function who received a kidney from his identical twin on October 30.

Thalidomide is found to cause terrible side effects – children being born with severe limb deformities.The drug was b...

Thalidomide is found to cause terrible side effects – children being born with severe limb deformities.
The drug was being prescribed during the late 1950s and early 1960s. It was first developed as a sleeping pill, but it was also thought to be useful for easing morning sickness in pregnant women. The manufacturer publicised its comprehensive safety – even for pregnant women – although it had never undergone rigorous clinical trials.
By 1961 thalidomide was found to damage the development of unborn babies, especially if it had been taken in the first four to eight weeks of pregnancy. The medicine led to the arms or legs of the babies being very short or incompletely formed. More than 10,000 babies were affected around the world. As a result, thalidomide was banned.
The system of licensing was introduced in the 1960s in response to the thalidomide scandal.
More recently research has shown that thalidomide has a potential role in the treatment of multiple myeloma. An application for a licence has now been filed. Measures will be put in place to ensure that no pregnant woman is exposed to this medicine.

The contraceptive pill is made widely available and is hailed as a breakthrough of the 20th Century.The launch of the...

The contraceptive pill is made widely available and is hailed as a breakthrough of the 20th Century.
The launch of the contraceptive pill, which suppresses fertility with either progesterone or oestrogen or, more commonly, a combination of both, plays a major role in women’s liberation and contributes to the sexual freedom of the so-called Swinging Sixties. Initially, it is only available to married women, but this is relaxed in 1967. Between 1962 and 1969, the number of women taking the Pill would rise dramatically, from approximately 50,000 to 1million.

The Porritt Report is published and results in Enoch Powell’s Hospital Plan.
The medical profession criticises the separation of the NHS into three parts – hospitals, general practice and local health authorities – and calls for unification. The Hospital Plan approves the development of district general hospitals for population areas of about 125,000. The 10-year programme is new territory for the NHS and it soon becomes clear that it has underestimated the cost and time taken to build new hospitals. But with the advent of postgraduate centres, nurses and doctors will be given a better future.

The diagnosis of two cases of typhoid fever in Aberdeen on May 20, 1964 signalled the beginning of one of the largest...

The diagnosis of two cases of typhoid fever in Aberdeen on May 20, 1964 signalled the beginning of one of the largest outbreaks of food-borne infections recorded in Britain in the decades after the Second World War.
By the end of June more than 500 people had been hospitalised… some for as long as three months.
A 6lb can of corned beef had been contaminated by cooling water during manufacture in Argentina. The corned beef had been sold sliced and the infection had spread to other produce at a supermarket, via implements, surfaces and hands.
Elsewhere in Scotland corned beef sales plummeted and shelves were cleared as public concerns for safety grew.
Public concern was sufficient to cause the Government to set up an official enquiry (Milne 1964). The incident involved not only the local health services but also the Ministries of Health and Agriculture, Fisheries and Food, and the Scottish Home and Health Department. As the scientific evidence clearly pointed to Argentinian corned beef as the source of the causative organism, the affair also involved a significant international dimension.
The outbreak tested and resulted in some modification of the formal local and central government machinery for the control and investigation of food poisoning.

The Abortion Act is introduced by Liberal MP David Steel and is passed on a free vote, becoming law on April 27, 1968...

The Abortion Act is introduced by Liberal MP David Steel and is passed on a free vote, becoming law on April 27, 1968.
This new Act makes abortion legal up to 28 weeks if carried out by a registered physician and if two other doctors agree that the termination is in the best mental and physical interests of the woman. In 1990, the time limit is lowered to 24 weeks. The Act does not extend to Northern Ireland.

The Salmon Report is published and sets out recommendations for developing the nursing staff structure and the status...

The Salmon Report is published and sets out recommendations for developing the nursing staff structure and the status of the profession in hospital management. The Cogwheel Report considers the organisation of doctors in hospitals and proposes speciality groupings. It also highlights the efforts being made to reduce the disadvantages of the three-part NHS structure – hospitals, general practice and local health authorities – acknowledging the complexity of the NHS and the importance of change to meet future needs. 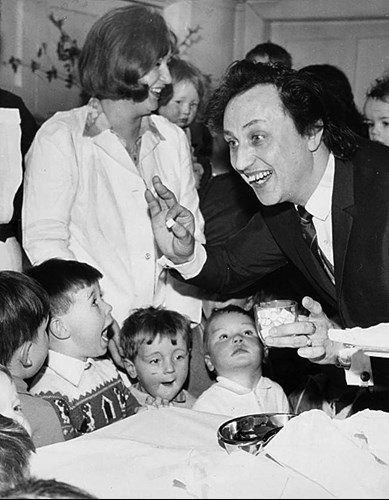 When the NHS was launched, the Government expected that its driving force would be the GPs. They intended that family...

When the NHS was launched, the Government expected that its driving force would be the GPs. They intended that family doctors would work from Health Centres where health visitors and practice nurses would also be based. In the 1940s and 1950s this did not happen.

Local councils were supposed to spearhead the development of Health Centres. Glasgow Corporation, having just seen all of its hospitals nationalised, was not enthusiastic. Nor were the doctors keen either. They were paid not according to the quality of the service which they provided but according to the number of patients on their list. Money spent on better premises and facilities was effectively coming out of the GPs own pockets. Only when the Government provided extra money for buildings in the 1960s, did health centres start to materialise.

In Glasgow, the creation of Health Centres was particularly hard work. A Coordinating Committee was set up in 1965 to manage the task. This was chaired by Bailie Agnes Patrick. Despite her best efforts the committee proved cumbersome. Planning permission proved a thorny issue. In Woodside, Govan and Gorbals the first Health Centres were completed in the early 1970s.

The experience of GPs in Bridgeton was more typical. Although Bridgeton had been declared a “Band A” priority in 1970, the Health Centre’s completion was much delayed. In 1975, Dr William Fulton wrote “... the situation of the doctors in Bridgeton becomes more desperate with every month that passes”. Yet the 1976 national financial crisis caused further postponement and the work was not completed until 1982. Bridgeton Health Centre cost one million pounds. When it finally opened the Centre provided a base for doctors, dentists, social workers, nurses, midwives, chiropodists, physiotherapists, radiographers and chemists.

Over the years health centres have proved beneficial to patients. They provide the basis for treating the whole person and for doing so in the wider context of their family and community, a concept now taken to the next level by the introduction of Community Health (and Care) Partnerships.

The booklet provides an overview of the service and some fascinating insight around the costs and construction. You ...

The booklet provides an overview of the service and some fascinating insight around the costs and construction.

You can download the PDF scan of the booklet using the following link.

In the first major reorganisation of the NHS in Scotland since 1948, this Act establishes 15 health boards and other ...

In the first major reorganisation of the NHS in Scotland since 1948, this Act establishes 15 health boards and other bodies for a more efficient and fully integrated service. In 1974 Greater Glasgow Health Board was formed.

The Glasgow Coma Scale or GCS, sometimes also known as the Glasgow Coma Score, is a simple set of measures now in use around the world which aims to give a reliable, objective way of recording the conscious state of a person. The scale was published in 1974 by Graham Teasdale and Bryan J. Jennett, professors of neurosurgery at the University of Glasgow.

To bring GPs, hospitals and Public Health together in one integrated service.

To bring GPs, hospitals and Public Health together in one integrated service.

The morphine-like chemicals in the brain called endorphins are discovered. John Hughes and Hans Kosterlitz of Scotlan...

The morphine-like chemicals in the brain called endorphins are discovered.
John Hughes and Hans Kosterlitz of Scotland isolate from the brain of a pig what they called enkephalins and will later be termed ‘endorphin’ from an abbreviation of ‘endogenous morphine’. 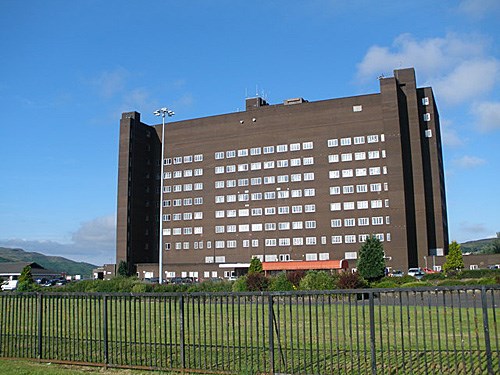 Inverclyde Royal Hospital opened in 1979, replacing the former Greenock Royal Infirmary. The opening of the new hospital also signalled the closure of Gateside Hospital, the Rankin Memorial Hospital and the Eye Hospital.