Leading the way in delivering new model of neonatal care

New mums and their babies will receive additional support through a range of measures to transform maternity and neonatal services across Scotland, the Scottish Government has announced.

Experts have recommended a move towards a new model of neonatal care that will see development of neonatal community outreach services, supporting well, preterm infants to be discharged home earlier to be with their family.

For a very small number of the smallest and sickest babies, evidence shows that outcomes is improved when they are born and cared for in a unit with a high throughput of cases and support services, such as surgery, are co-located.

Based on the numbers of these babies born each year, a move to three neonatal intensive care units is recommended in Scotland.

The new model for neonatal care will be tested in four sites across Scotland to ensure babies needing the most specialist care get the best start possible, as well as a range of initiatives to give mums and other family members the support they need.

NHS Greater Glasgow and Clyde is one of the four sites that will test the new model of neonatal care. 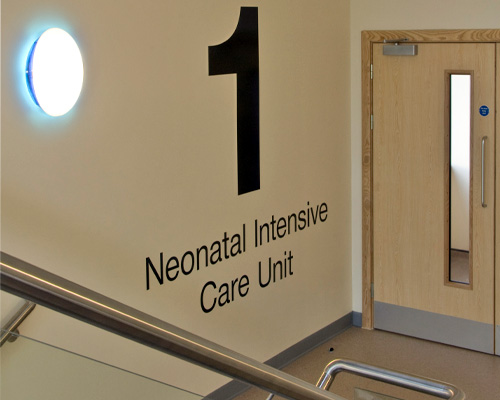 By summer, babies from Crosshouse Hospital needing the most specialist care, will be treated at the Queen Elizabeth University Hospital, before returning to their local neonatal unit.

The new model will also be tested between the Edinburgh Royal Infirmary and Victoria Hospital in Kirkcaldy later this year.

Dr Margaret McGuire, Nurse Director, NHSGGC, said: “We are pleased to be working with NHS Ayrshire and Arran, our staff and parents to implement a new model of care for neonatal intensive care to deliver a high quality, family centred service as outlined in the national Best Start strategy.

“As an early adopter of the new recommended approaches we will lead the way in delivering a new models of care for this highly specialised service. The learning from our experience will be used to support wider implementation throughout Scotland.

“The babies who need complex care often remain within our neonatal intensive care unit for some time and families play a key role during that time, empowered and supported to work with us to care for their baby in, often, challenging circumstances.

“Their views and experience will be a key consideration in helping us plan and shape the new service for NHSGGC and Ayrshire and Arran.”

All of the existing neonatal intensive care units will remain as Local Neonatal Units, delivering care to the vast majority of babies in Scotland. For the most preterm and sickest babies, evidence tells us that their outcomes are improved when they are born and cared for in a centre with a high throughput of activity.

Approximately 110-130 babies are born under 27 weeks gestation in Scotland each year. Around 60% of these babies would need to be moved under the proposed changes, the remaining 40% are already being cared for in the proposed three intensive care units.