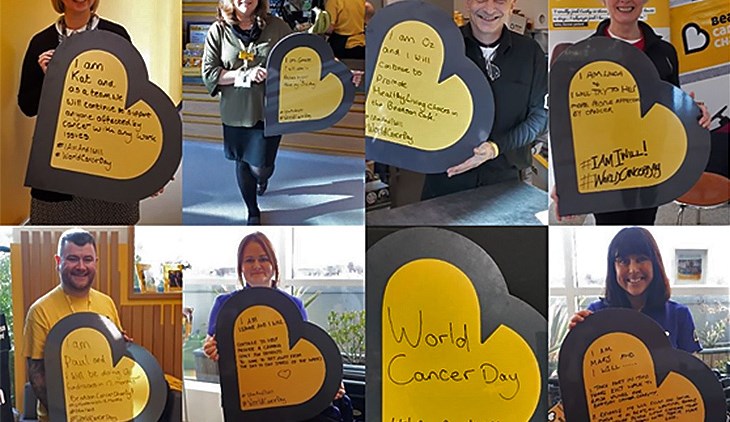 On Monday 4 February for World Cancer Day, Beatson Cancer Charity carried out a number of awareness raising activities across the day.

With our Beatson message boards we asked staff and supporters to make their own pledge for World Cancer Day using the hashtag #IAmAndIWill. You can see some of these pledges above for who made their own pledges.

The charity also receive coverage in the press with 21-year-old student Hal telling his story and encouraging people to check themselves regularly. Hal was diagnosed with testicular cancer last year and has since undergone chemotherapy. He and his friends organised a group head shave and have so far raised £8,600 for the charity.

There were also lots of colleagues and volunteers out fundraising in various locations throughout the day.

Well done to everyone who supported and got involved with World Cancer Day to raise vital fund and awareness.

Helping Take Some Of The Fear Away From Radiotherapy