Glasgow Royal Infirmary is to be home to a suite of stained glass windows commemorating the city’s 14 traditional trades, incorporated into the Trades House of Glasgow for over 400 years.

From Bonnetmakers to Bakers and Masons to Maltmen, each of the Incorporated Crafts will be brought to life once again thanks to the design skills of students from the City of Glasgow College and backing from The Trades House.

The collaboration is the brainchild of the late Alex Graham, a former Estates Manager within NHS Greater Glasgow and Clyde who was also an Auld Deacon of Trades House.

Alex had a passion for education, history, healthcare, and The Trades House of Glasgow and this project links all these areas together.

The first of the windows – honouring the Incorporation of Wrights – has now been unveiled by Alex’s widow, Sandra. 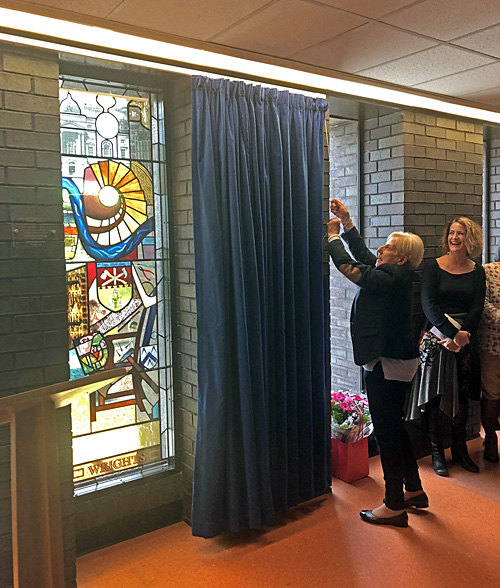 NHSGGC interim North Director John Stuart said: “We are honoured that the Royal will be home to these magnificent windows which will be installed in our link corridor that runs between the old and new parts of the hospital.

“Alex was a very dear colleague who worked for the NHS for many years.

“As well as his dedication to the NHS, Alex also loved his history and was an intrinsic part of The Trades House of Glasgow.

“I am glad we are bringing his dream to life through these windows, and that his wife and daughters were able to unveil the first window, which is dedicated to the work of Wrights - the skilled carpenters of the day.

“I very much look forward to seeing the corridor when the 15 windows are in place and we are grateful to Trades House and the City of Glasgow College for choosing the Royal to be their home.” 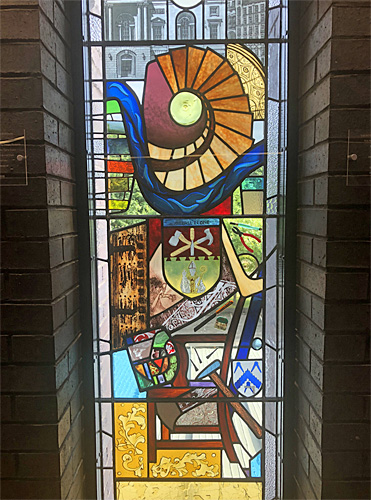 The Trades House of Glasgow is a charity, which manages funds and raises money giving over £700,000 per annum to support education, welfare, citizenship, crafts and the trades throughout the west of Scotland.

Dr Alistair Dorward, Deacon Convener of The Trades House of Glasgow and himself a retired consultant physician at Royal Alexandra Hospital, Paisley, said: “We are delighted to support this initiative, enabling students and crafts people to skilfully illustrate the trades that helped shape Glasgow and have been integral to Trades House over its 400 year history.

“The expertise of the students involved in this project surpasses expectations and we could not think of a better location for what will be a magnificent set of stained glass windows.”