Meet the Gilchrists – caring for Glaswegians for more than a century

At 22 Kirsty Bridges was later than most to enter nursing, but looking back she knows it was in her blood.

Kirsty is the fourth generation of her family to work in healthcare - and maintaining the family tradition since 1915 is something she is very proud of.

Kirsty first started out on the architecture route at university but doubts soon crept in that it wasn’t for her. 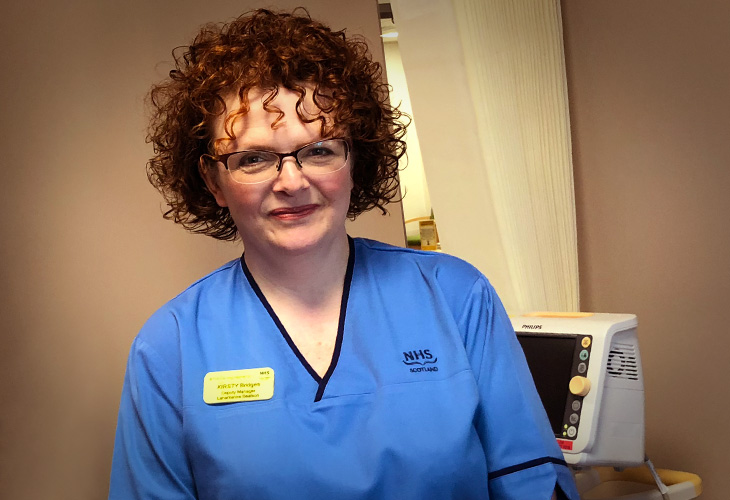 Now, 28 years on she’s glad she made that leap of faith into nursing.

Kirsty’s dad Bill, who only died in March this year was a physiotherapist and both her grandfather and great grandfather were GPs in the south side.

Kirsty said: “By all accounts my great grandfather John Gilchrist, who was born in 1878, was a bit of a character.

“He first trained as a chemist and ran a number of shops in the south side. One day he just told his wife and five children that he was selling his shops to re-train as a doctor. Soon after his training he joined the army and saw active service in Egypt during World War One.

“After the war he set up in private practice in Regent Park Square, Strathbungo – long before the NHS was founded. 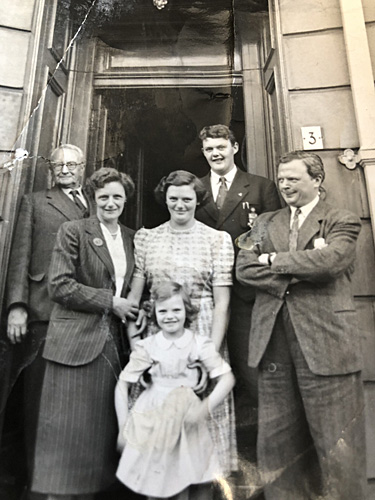 “With his knowledge of army life, he specialised in ‘VD’. Scared to be spotted by nosey neighbours, his patients apparently entered the surgery by the back door!

“I really have no idea how he would have treated these patients – without any antibiotics as they hadn’t been discovered yet."

Kirsty’s grandfather James was a GP in the Gorbals from the late 1920s, right through to the 1950s. He cared for very poor families, many of whom were Jews fleeing persecution in Europe.

“My grandfather also served as a medic in the war – this time it was the second.

“He was sent to France the day after the Normandy landings. I dread to think of the horrific sights he must have seen, working in as a surgeon in a field hospital. Antibiotics were starting to be used but it still must have been terrible.” 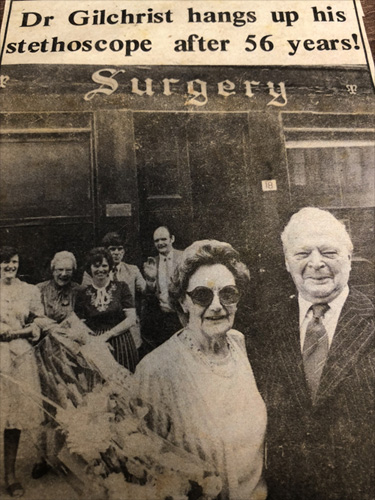 Before studying medicine, and around the age of 16, young James would spend time with his doctor father in the burns unit at the Glasgow Royal, tending to burns victims.

“As a GP he must have seen it all, often being called to home births which were getting complicated. His patients were very loyal and stayed with him throughout their lives.”

One day his medical training was put to the test. His son Bill (Kirsty’s dad) had a ruptured appendix aged just two, which he diagnosed. He was even asked to perform the anaesthetic on him, but the outlook wasn’t good.

Thankfully Bill pulled through and grew up to have a successful career as a physiotherapist. He worked at Lennox Castle, then Belvedere and finally the Southern General, up until the 1990s. 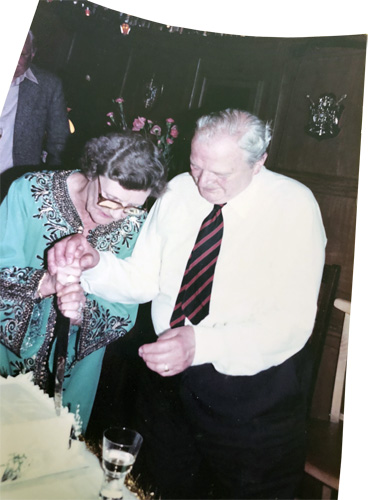 Kirsty said: “His love and pride in the NHS continued into his long and happy retirement. He was very proud that I went into nursing – eventually!!  He really did miss his work; it was such a huge part of what he was about.

“Dad died in March, so missed all the NHS 70th celebrations – that made me a bit sad as he would have loved all that.”

Kirsty has dedicated her life to nursing with roles in Glasgow, Edinburgh and Lanarkshire. She spent many years as a staff nurse at the Victoria Infirmary in Glasgow and is now Nurse Manager at the Beatson.

She had a taste of life in the NHS as a very young girl going on calls with her dad as he visited patients.

She said: “As as child I remember dad working very long hours and we often visited the hospital at weekends. I couldn’t go in with him, so I would get left in the car with crisps and a juice! But I still loved it.

“I have always been fascinated by my rich family history and am proud that the Gilchrists have now been caring for Glaswegians for more than a century.

“Things have changed so much in that time, but caring for patients is central to everything we did and continue to do.”