Glasgow is playing a leading role in ground breaking trials that could see Cystic Fibrosis (CF) become a disease people will soon be able to live with rather than being fatal.

As part of a potentially game-changing international trial, research staff at the Queen Elizabeth University Hospital (QEUH) are carrying out the UK’s largest trial into CF.

Now in its third phase, the trial will initially last for six months with six patients being involved in intensive safety monitoring of bloods and lung function. 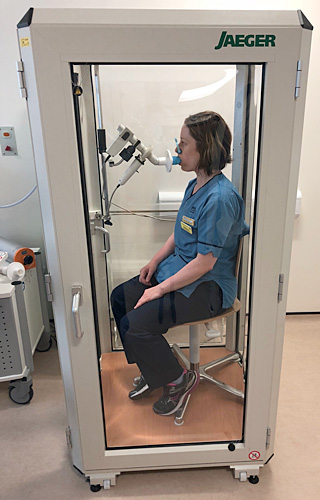 The QEUH is one of a very select group of UK hospitals that has the state-of-the-art facilities and research staff to deliver a trial of this magnitude.

Big advances have been made in the treatment of CF over the last few years, but now a common gene that approximately 94% of people with the condition share is being targeted as being the key to transforming treatment.

The team at the QEUH not only hope the drug combination being trialled will transform the lives of CF patients, they believe the trial has the potential to lead the way in how other single gene defects, such as Muscular Dystrophy, can be treated in the future.

People are born with CF and the hope is that these types of drugs being trialled will prevent them developing lung disease meaning it could be a manageable condition rather than fatal.

Gordon MacGregor, respiratory consultant who is leading the trial, said: “Cystic Fibrosis causes so much distress and suffering to those affected by it.

“We carry out around six CF trials at the QEUH every year and the feeling is that this trial has the very real possibility of being a remarkable breakthrough and excellent example of bespoke personalised medicine.

“One of the drugs involved in the trial, Ivacaftor, has led to the biggest advance as things stand recently and has the potential to add up to 18 years to a person’s life through improving their lung function.

“People who were struggling to walk are now going out running.

“It has helped people transition from receiving disability allowance to full time employment.

“This next phase of the trial is already moving on from phase two and our hope is that this will significantly improve the lives of people with CF.

“At present, CF is a fatal condition with patients often requiring lung transplants. The average life expectancy of someone living with the condition is rising, however it is only 43 years.

“Trials can offer real hope to patients and the additional care and support they receive during a trial can be hugely beneficial to them. It is also reassuring to them that they are being seen in a centre of excellence and expertise that is continually pushing boundaries as we look for new treatment breakthroughs.” 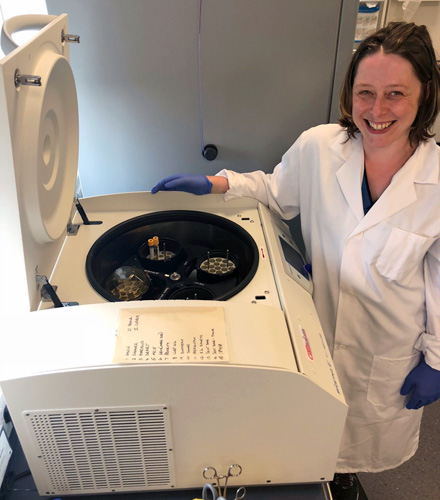 Our director of Research and Development, Professor Julie Brittenden, said: “It is well recognised that investment in clinical research leads to improved quality of care, better outcomes and more cost-effective treatments.

“Our patients with Cystic Fibrosis expect to be offered the opportunity to take part in high quality research and to be able to access state of the art therapeutics.

“We are pleased to be able to run approximately a number of trials involving patients with CF each year, including those which use cutting edge treatment to target an individual patient’s genetic profile.

“These trials can offer real hope to patients with the additional care and support they receive during a trial potentially being hugely beneficial to them.

“It is also reassuring to them that they are being seen in a centre of excellence and expertise in precision medicine which is continually pushing boundaries as we look for new treatment breakthroughs.”