A trip down memory lane

You may wonder what swing jazz bands, pin curls and bright red lipstick have to do with the NHS, but they were everywhere on the 5th July!

Nostalgia was a real focus for our 70th birthday celebrations here in Greater Glasgow and Clyde, with vintage uniforms, make up, music and more.

Ward C at Stobhill was a particularly glamorous place to be. 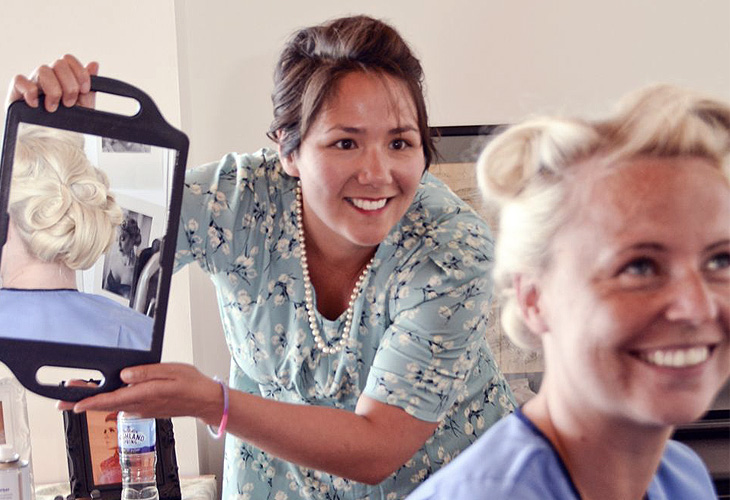 Senior Charge Nurse Stephen McDowall-Laing said: "When we were thinking of what to do for the 70th NHS Anniversary we wanted to engage with the patients, families, friends and staff.

“Ten ladies who are currently patients and many staff had their hair done and make up done in a forties style, which everyone really loved. 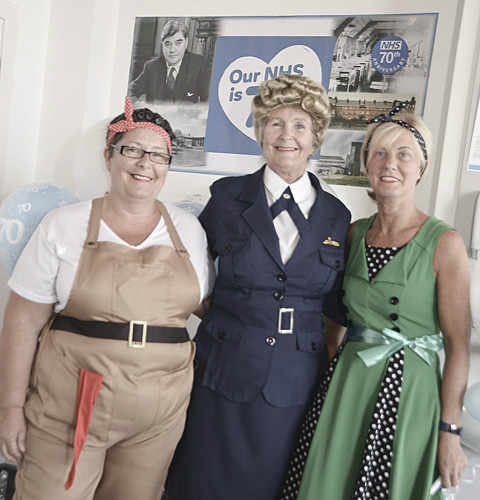 “In the afternoon we had a cake made with the Stobhill Clocktower as the centrepiece, which a patient born in 1948 officially cut for us. Patients and staff in forties attire danced along to the wonderful Swing Band.

“For about a week after the event the patients and relatives were saying how much fun the day was for them - it really was a day to remember the reason for the event... our much loved NHS." 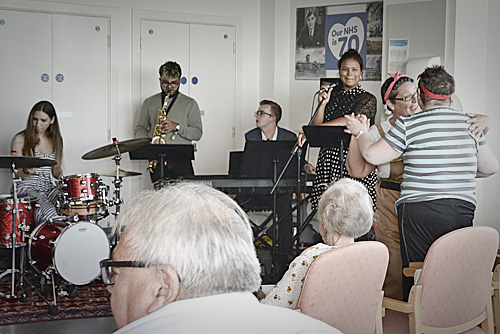 Glasgow Royal Infirmary continued with the nostalgia theme, a highlight being a 1940s sing song in the historic Boardroom. There was also a display of NHS vintage memorabilia for staff and patients – not to mention a lovely buffet and anniversary cake! 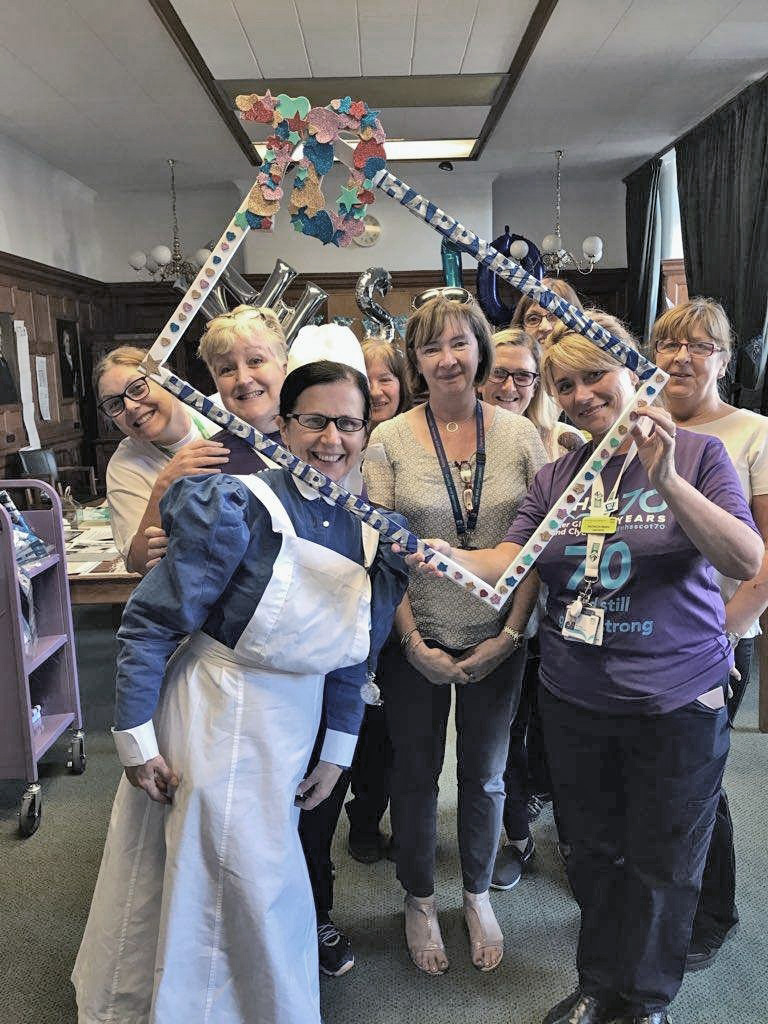 The history of the NHS was brought to life at the Royal Hospital for Children, where memorabilia from the career of a former Chief Nurse was on display.

In the days when female nurses often had to give up their career when they married to become fulltime housewives, senior nursing posts were occupied with unmarried woman who dedicated their lives to their work. Matron Olive Hulme (1922-2017) was an example held in very high regard by her peers.

Olive – or Miss Hulme as she would have been known - spent much of her career in the old Yorkhill building, dedicating her life to the care of children.

NHSGGC’s current chief nurse for women and children Jen Rodgers, explains how we came to find out more about the life of Miss Hulme in the run up to the 70th anniversary.

She said: “Olive died last year and as she didn’t have any children, it fell to her niece to clear her home and belongings. She found a hoard of information and documents relating to her aunt’s career – every appointment letter, certificate and job description. Luckily for us she felt these belonged back with us and we can now treasure them as part of our archives. 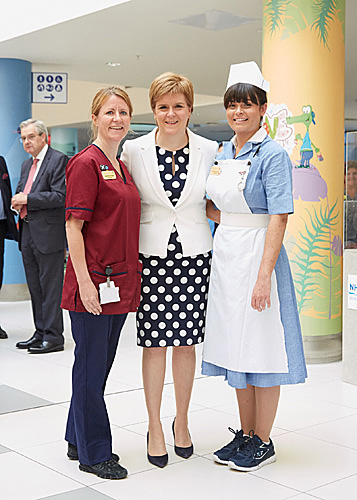 Jen Rodgers pictured on the left with the First Minister

“The life Miss Hulme led was very different from the one I do as Chief Nurse now. For a start she would not have been able to marry or have children, instead dedicating herself to the job. We now know she lived in a rather plush NHS apartment on the grounds of the hospital, complete with a maid, a dog and long velvet drapes. It had a great view over the old Yorkhill, where she could gaze over her hospital."

In 1966 the old building developed a fault and it fell upon her to organise a temporary move to another site to allow the new Yorkhill building we all know to be built. Miss Hulme was in charge of this complicated project, something she organised inside three months.

Jen added: “I feel so lucky to have got to know so much about Olive and her very special life and privileged that we are now the proud custodians of her NHS memorabilia. She really was a special lady.” 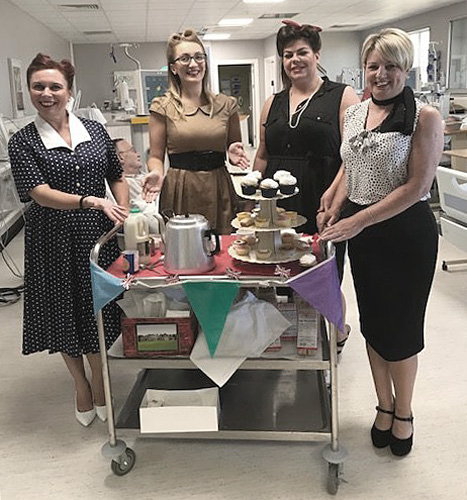