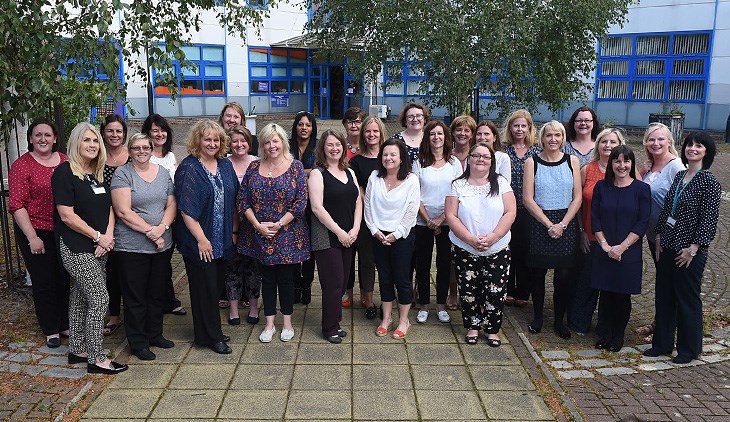 A team of 29 health staff will soon be visiting nine primary schools every day until mid December in a mission to immunise 85,000 school pupils against flu.

The school immunisation teams are visiting all 343 primary schools across Greater Glasgow and Clyde between October and the beginning of December.

The vaccine is given as a single spray squirted up each nostril and is absorbed very quickly. It will still work even if, after the vaccination, a child sneezes or blows their nose.

Children have the highest flu attack rates and are more likely to pass on the virus to family, friends as well as the wider community.

However, evidence from Public Health England has shown that where primary school age children were given the nasal spray vaccine there was a significant reduction in the number of children and adults attending GPs and hospitals with flu like illness.

Emilia Crighton, Deputy Director of Public Health, NHSGGC, said: “It may seem very early to be thinking about flu, however we want to immunise as many children – one of the most vulnerable groups - as possible.

“Vaccinating 85,000 primary children over a nine week period is a massive operation for our teams. However, it is hugely important as the vaccine is the best protection we have against an unpredictable virus which causes severe illness and deaths each year.

“If a primary pupil was immunised against flu last year it is important they get the vaccine again this year, as the virus changes every year. As a result, a different vaccine has to be made every year, meaning annual vaccination is necessary for children.

“I’d urge parents and carers to return the completed permission form as soon as possible. Flu needs to be taken seriously – it’s not the same as the common cold and the virus can have an immediate and severe effect.”

Further information can be viewed at www.immunisationscotland.org.uk