At the age of 26, Steven became a proud father. For him and his partner, Nicky, it felt like the start of an exciting new journey. Instead it turned out to be the start of a very different kind of journey.

In October 2015, Steven and Nicky were enjoying their first family holiday together with their young son Aaron. They were having a wonderful time, but towards the end of the holiday Steven started getting back pain. At the time he put it down to a pulled muscle, but on his return from holiday the pain became more severe.

A few weeks later, Steven discovered a small lump on his testicle. Trying not to panic he went to see his GP immediately, but couldn’t believe it when he was told it could take up to six weeks to get an ultrasound scan. “I was feeling a lot of fear and uncertainty. I wanted answers immediately, but that just wasn’t looking possible”, recalls Steven.

Ten days later Steven woke up in excruciating pain, leaving him no choice but to go to A&E. He was rushed through for an emergency scan and when the results came through, his worst fears were confirmed. He had testicular cancer, which had already spread to his stomach.

"It was supposed to be the happiest time of my life. We’d only just started our life together as a family and, suddenly, cancer was threatening to take it all away." 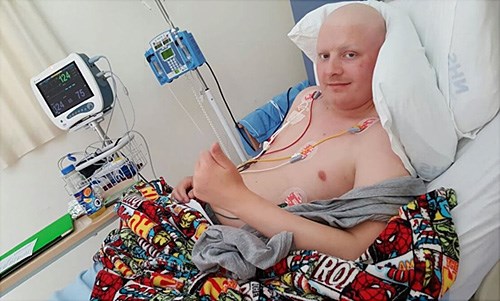 Steven needed emergency surgery to have his testicle removed and within days he had started a course of chemotherapy at The Beatson.

“It was all happening so fast”, said Steven. “The surgery was traumatic for me, but I was determined to do whatever was necessary to get rid of the cancer.”

Around this time, Steven and Nicky were introduced to Nicola Thomson, whose role as a Clinical Nurse Specialist is funded by Beatson Cancer Charity. “Nicola was fantastic”, said Steven. “She explained everything to us in plain English and took the time to answer our many questions.”

Two months into his treatment, Steven received another devastating blow when a scan revealed the cancer had spread to his head, lymph nodes, liver and lungs. Once again, Nicola was there to reassure Steven and help him and Nicky stay positive. 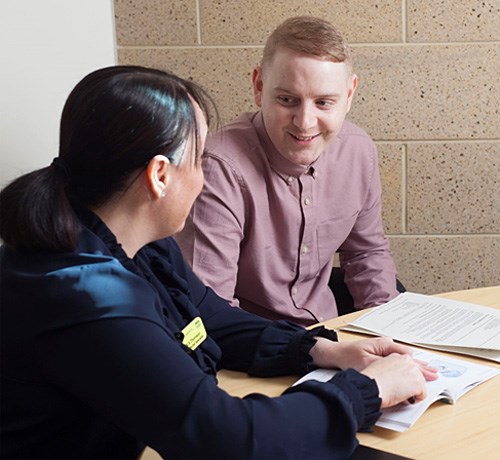 “It was a very frightening time. I needed a higher dose of chemo and two stem cell transplants. It would’ve been ten times harder without Nicola. She was an incredible support to Nicky too.”

Six months on, Steven is doing well and enjoying family life. It’s clear that he appreciates life a lot more since his diagnosis. As he said, “Every time I wake up I’m smiling because I’m here another day and now I don’t take life for granted.”

Funding specialist staff with your support

It costs Beatson Cancer Charity £2 million a year to fund over 20 specialist posts at The Beatson. Our Clinical Nurse Specialists, for example, are a constant source of support for patients and their families, co-ordinating people’s care and helping with things like pain control and the side-effects of treatment.

We can only continue to fund specialist Beatson staff with your help, so please make a donation today. Whatever you can give will support more people through the toughest time of their lives.

Your support in action

£150 can give a patient and their family five hours of support, reassurance and advice from a Clinical Nurse Specialist like Nicola.

How your donations support us

Q&A with former Beatson patient Stephen, as he completes the arctic trek