Q&A with former Beatson patient Stephen, as he completes the arctic trek

In March, Stephen along with seven others members of #teambeatson, took on the gruelling three day Arctic Trek in Finland. For Stephen, a former Beatson patient, was determined to give something back to the cancer centre that helped him return to full health. We caught up with Stephen on his experience of the challenge.

Q. How did you train for such an incredible challenge in the end?

I had a membership of a local gym so through this and playing 7-a-side football once a week, helped me gain and maintain a reasonable fitness level before tackling this incredible challenge. I signed up to a Glasgow 10K run in the summer of 2016 to give me a target to aim for in order to improve my fitness. I kept setting myself weekly goals on the treadmill and weight machines. Through this I could see improvements being made. When my son, Dylan was born in January 2017, the training lost priority. I managed 2 more gym sessions before the trek in March, so there was some relief I had put in some training before the wee man arrived. 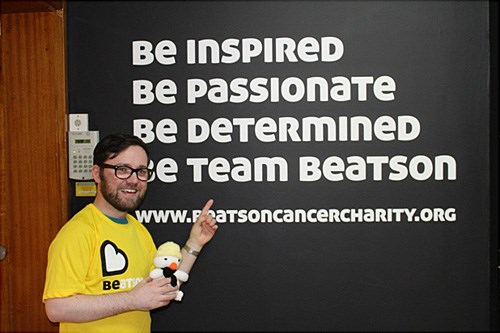 Q. How did you feel when you were on your way to Finland?

Heading out to Rovanemi was a great time. I finally got to meet the trekkers as one group, I had seen some at various times during information events and meet ups. It was good to finally meet everyone. When I left Glasgow I had to say goodbye to my main supporter through the whole challenge build up, my wife. She was there with my son showing their support for the whole trek as much as for me personally. It was nice they were there, but also made it hard as my son was only 8 weeks old.

Q. How was the first day? Was it as tough as you thought it would be?

Day one was eleven hours and the longest distance by day to be covered over the trek. This involved walking up a river, crossing lakes and steering a sled down a steep hill through forestry. This certainly felt like a challenge by lunch time. As the sun started to set, there was a realisation that this was going to be tougher than imagined. I remember vividly crossing a lake in darkness, with head torches far in distance to the front and back of me being my only light. That was when I felt most I was in the middle of nowhere in the Arctic Circle. When I got to camp, I was so tired that I quickly got my dinner and went straight to sleep. 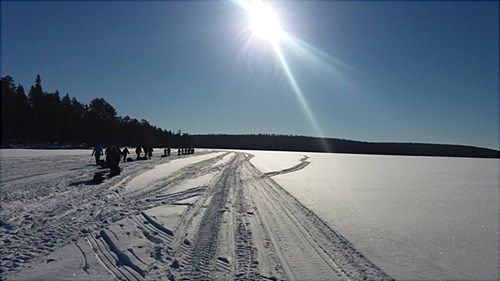 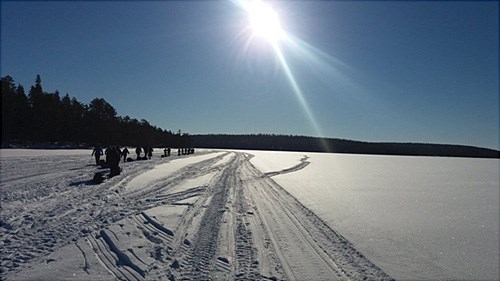 Q. Sounds like hard first day! How was the next two days?

Day two was a mentally tough day, low on water supply and energy levels meant that exhaustion was hitting me earlier than anticipated. There were many steep hills on this day, which was mostly challenging my own will power. There was a great sense of achievement when I reached the camp fire, and I made sure I enjoyed the time I had at this campsite. The third day was an exciting morning; there was a buzz amongst the group. We knew the challenge was coming to an end and it was the end of this epic challenge. We pulled our sleds up and down hills again and by the time the finish line was in sight, the emotions were starting to show amongst the group. It was an amazing moment.

Q. What was it like crossing the finish line?

Crossing the finishing line was very emotional. There was a great sense of achievement, pride and joy. It was another reminder that I beat cancer and I am still here, able to tackle these sorts of challenges. I probably get more emotional thinking about it now than I did crossing the line. 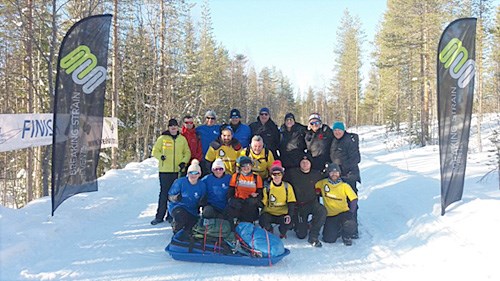 Q. What were your highlights and low points of the challenge?

I had more low points than I had prepared for. The first day was very long, so my stamina was being pushed very hard in order to complete it. To finish in the dark was tough. I had enough energy to get some dinner then it was straight to bed. I never got to take in what I had achieved that day and enjoy the camp. There was some amazing views that evening with the sun setting but was hard to keep your head up to take it in when energy levels were so low.

Day two was very tough, knowing that I was about 10 minutes away from camp but not able to move due to low energy, was tough mentally. I had never experienced this level of exhaustion in my life. Through my fellow trekkers and trek leader, they were able to give me the encouragement that I needed to finish the last small stretch of snow. A major highlight was crossing that finishing line; an ending to about 15 months of preparation, training, planning and fundraising. I got to experience the Northern Lights dancing in the sky; it was a truly remarkable experience. To happen at the end of the trip was a perfect ending to an epic challenge. 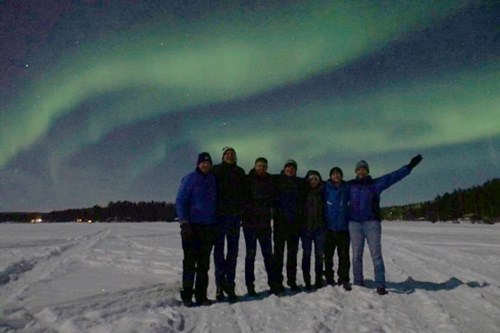 Q. All we can say is a massive well done Stephen, we truly appreciate you efforts and support on this challenge, you should be very proud.

I am proud of what I done, but I am so happy I did this challenge for Beatson Cancer Charity. It was a challenge to see if I could overcome low points and physically and mentally push myself, and I did. Many of the people who supported me through sponsorship or fund raising events, had discussed their experience of how the charity has helped them or someone they know. The charity is far reaching and you help so many people. Personally, you helped me open up about my experience and now I can talk about what I went through. I will always be thankful the charity was there at a very tough time in my life, and I am glad it continues to grow so it can help so many more people through their tough times. 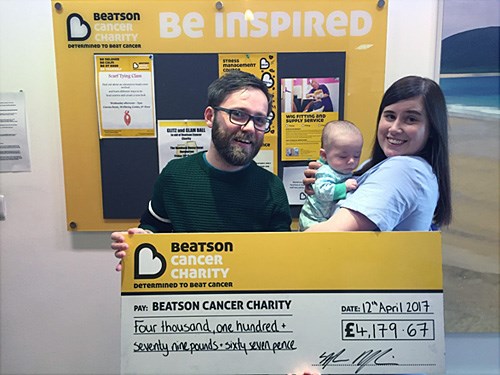 We really appreciate Stephen chatting about his experience to us and are so proud of everyone that took on the challenge. Since completing the trek, Stephen has raised an incredible £4,179.67 for Beatson Cancer Charity and we can't thank him enough for efforts. Be Proud!

If you have been inspired by Stephen's adventure, why not take on your own fundraising challenge for Beatson Cancer Charity or find out more about going on an Acrtic Trek in 2018.

How your donations support us